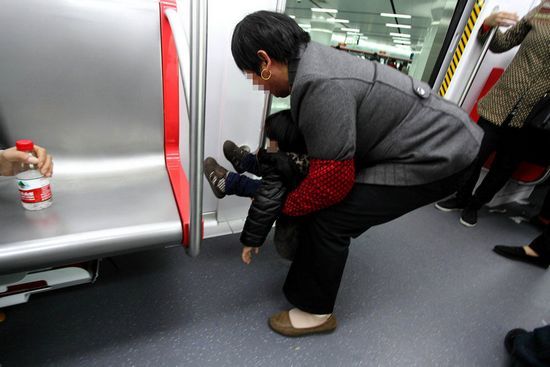 Hangzhou’s Subway Line 1 opened on Sunday with a four-day “free subway” campaign. That was a bad idea, it turns out.

On the third day, Tuesday, passenger volume reached nearly 70,000 by 5 pm, reports People’s Daily, which ran the above photo (a kid relieving himself in the subway… again) in a story headlined “Uncivilized behaviors on newly opened Hangzhou subway.”

According to PD, emphasis mine: “While people could enjoy the convenience and comfort brought by new transportation, some passengers, shouting, eating, fighting and even pissing in the carriage, ruined the good spirits.”

This is why we can’t have nice things, people. More pictures after the jump. 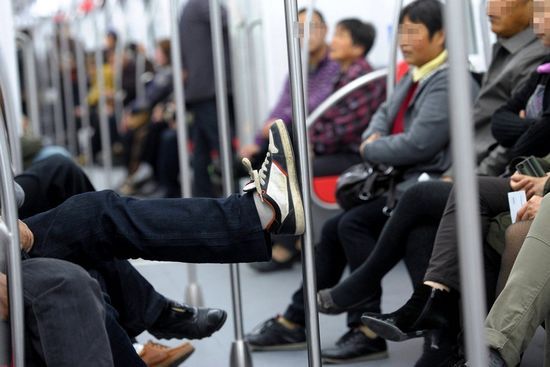 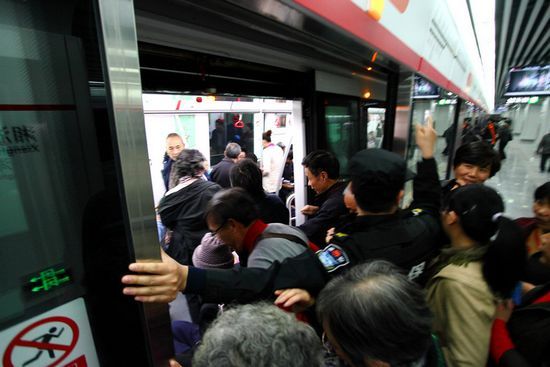 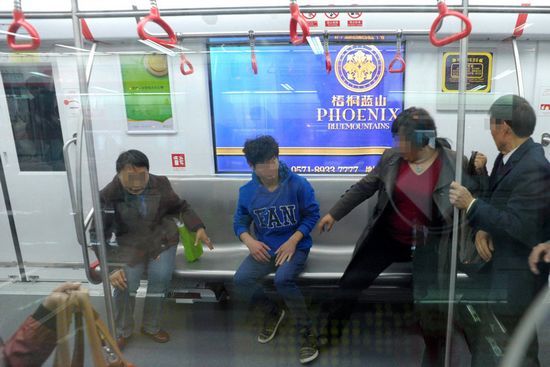 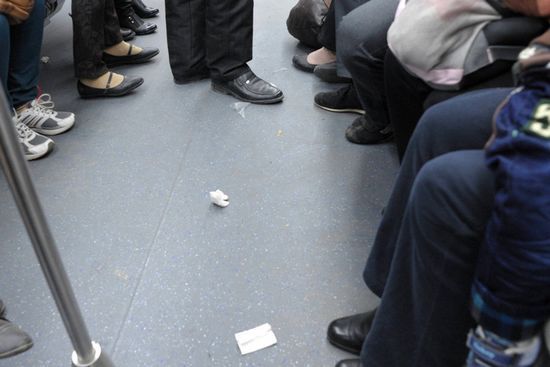 11 Responses to “Hangzhou’s Subway Opened On Sunday, And People Are Already Peeing In Its Carriages”