Turns out, nope — at least in terms of content. But on Saturday afternoon, one reporter attracted an equal amount of attention at an 18th Party Congress press conference. She stood up, took the mic, and asked a nearly minute-long question in Mandarin, and then wryly said, “I’ll translate for myself.” A few chuckles came out of the erstwhile catatonic crowd.

And then, National Development and Reform Commission Chairman Zhang Ping, a native of central Anhui province, said in an Andre the Giant accent: “You speak very good Chinese.” Chuckle. “I understood everything.” (Or as the translator put it: “I can get your point properly.”)

UPDATE, 11:03 pm: The reporter’s name is Andrea Yu, and she was interviewed by WSJ’s China Real Time Report:

Ms. Yu told China Real Time, who says she has been called upon four times so far. She says her secret to being tapped is sitting in the same spot at every official meeting. She also credits her ability to make across-the-room eye-contact with moderators.

But there’s one more reason, she says: “They know my questions are safe.” Ms. Yu said her questions are pre-written by her Chinese colleagues and that she is not allowed to ask her own questions. “I’m representing a Chinese-Australian company, so I need to ask questions they want me to ask,” she said, adding: “Believe me, I would have other questions to ask if I could.”

With all due acknowledgements that this reporter’s Chinese is actually pretty good, we’d like to say there is, of course, a Laowai Comic for what happened, and that Laowai Comic is this: 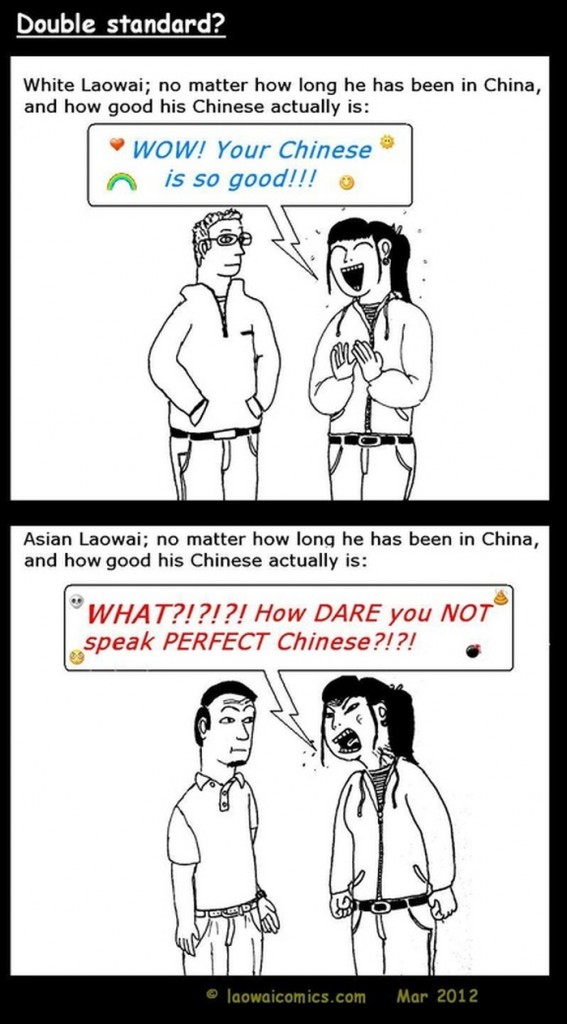