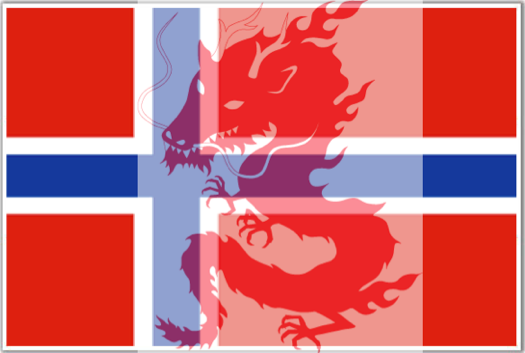 The Norwegian government is only marginally responsible for the Nobel Peace Prize — its parliament appoints the five-person selection committee — but you wouldn’t know it judging by China’s durian-sized grudge, with spikes of everlasting disdain.

Quick recap: in 2010, while serving his fourth prison term, Liu Xiaobo was awarded the Nobel Peace Prize despite protestations and threats from the Chinese government. Liu’s not the best winner, but not the worst, either. Yet China’s juvenile response — the country is wont to hopelessly bungle stuff like this — did more to prove the Nobel Committee right than any activist could have hoped. Visas to Norwegians were denied, and a shipment of Norwegian salmon was forced to sit in customs until the food was spoiled.

Two years later — even after Mo Yan’s Nobel win (we’re just hours away from his live talk) — it’s clear that China is still pouting. Take a look at this list of 45 countries whose citizens are eligible for 72-hour visa-free stays in Beijing (starting January 1):

Finland is there. Sweden is there. Norway? Fuck Norway.

Is this silly? Yes. Made more so by the fact that the Nobel Committee does a fine enough job of discrediting itself without the help of others. We’ve said this dozens of times, but let’s go again: the Chinese government is terribly bad at PR. It has an image problem, as in it often sends the world a picture of its butt cheeks pressed against a car window as its official response to serious issues. Stop doing that, China. You’re not 12. Come to think of it, you’re not a frat boy in college, either. Act like a grownup, and people will take you seriously. At the very least, maybe Norway will stop vetoing your attempts to get a seat on the Arctic Council.