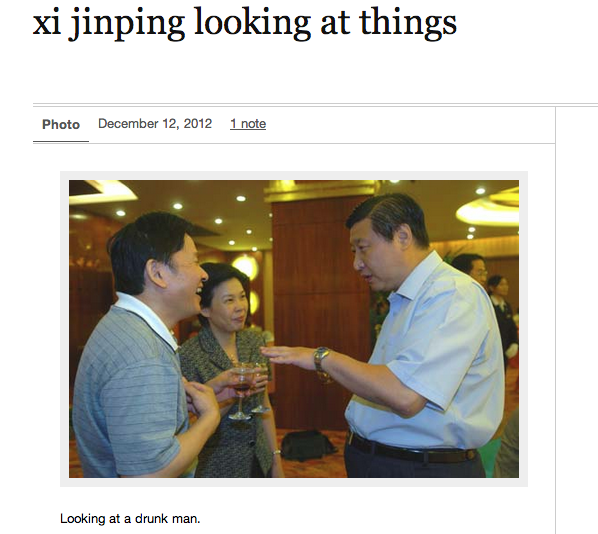 Just yesterday, Michele Travierso tweeted, “I sense a Tumblr in the making” in response to pictures of Xi Jinping doing ordinary things on his Southern Tour.

The Tumblr has a bunch of backdated pictures going all the way to February 2. We think they’re backdated, anyway. I cannot for the life of me imagine how a Tumblr called “Xi Jinping looking at things” – which follows just one other Tumblr, “Kim Jong-il Looking at Things” — can be allowed to exist since February 2 without us knowing.