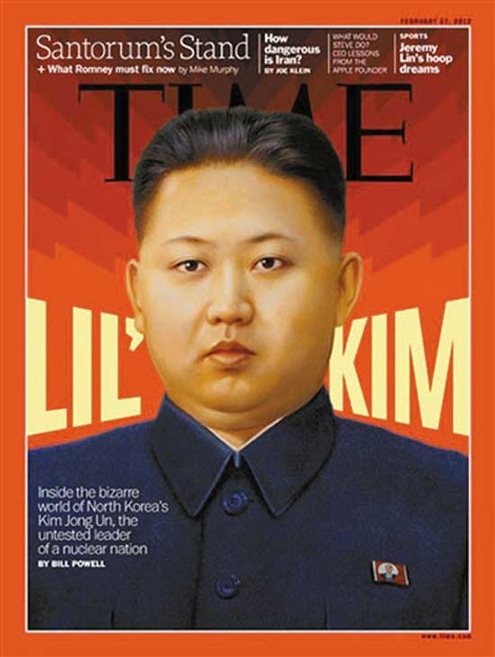 Last week, Time Magazine opened a reader poll for its Person of the Year, prompting us to ask whether Bo Xilai should win. Turns out, that was the wrong question. The question should be: by how many votes will Kim Jong-un win by? Because he’s currently leading by 2.6 million, with nearly eight times as many votes as the second-place guy, Mohamed Morsi.

Kim trailed Morsi by about 60,000 votes early last week after users of 4chan’s /b/ imageboard—a random forum where people regularly post violent and sexual content—encouraged the community to vote for the newly crowned leader. Morsi is now in second place, with 389,000 votes.

4chan hopes to spell “KJUGASCHAMBERS” with the first letter of every Time candidate’s name. It references the concentration camp near the border of Russia and China, used by the North Korean government. It is “where thousands of men, women, and children accused of political crimes are held,” the Guardian reported.

None of this matters, as the Person of the Year selection is made by Time’s editors. A shame. The people’s voices are again stifled. 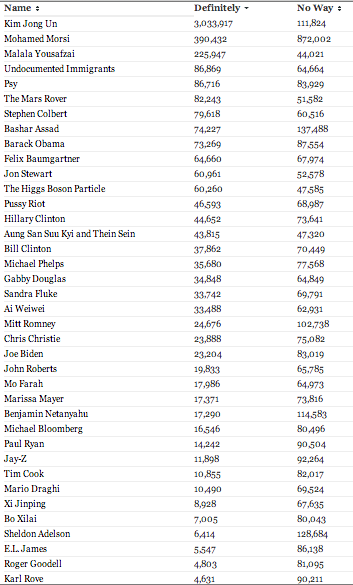 2 Responses to “Kim Jong-Un Is Leading Time’s Person Of The Year Reader Voting, Thanks To 4Chan”