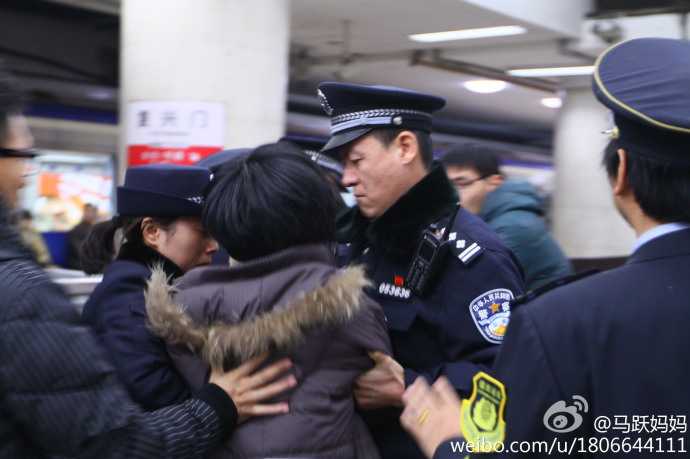 Remember, you can do anything in China as long as you don’t subvert the state, anger the wrong people, or — as one subway petitioner found out — “disturb social order.”

Meng Zhaohong, whose son was electrocuted at Gulou Station in 2010 when he was a 22-year-old student, has been petitioning for safer subways around Beijing’s Line 2 for the past three weeks. (BJC reader Kris Pickett first alerted us to her last weekend, when she was perched on the Dongzhimen subway platform.) She’s been documenting her efforts on Sina Weibo, @马跃妈妈 (where the pictures on this post are from), and says she has collected more than 5,000 signatures.

Meng’s campaign, however, may have met its abrupt halt. Global Times reports that on Friday, she was at Fuxingmen Station when police came and led her away:

Meng was at Fuxingmen Station on Friday night, where she held posters calling for 10,000 people to sign her petition. More than an hour later, Meng was asked by police to go with them. [...]

“When I arrived at the station, the police were there. They told me not to stand in the area for entrance and exit,” said Meng.

Meng said she had no idea why police came back to take away her posters and tried to drag her to the police station.

“I told the police I wouldn’t go with them until my lawyer came. However, they took my posters and pushed and dragged me so that I fell down the floor,” said Meng.

“I cried on the floor for a long time, remembering my dead son. Because more passengers came to watch, the police stopped and waited for my lawyer to come,” Meng said.

According to a public security bureau spokesperson:

“Her son being electrocuted to death is one thing. The measure she used for gathering signatures and making an impact is another. It has disturbed the social order,” said Zi Xiangdong, the media officer of the Municipal Public Security Bureau.

Beijing Subway, which just extended Line 10 into a loop, is expected to become the world’s longest by track length. Here’s an eye-popping map for you.

Meng says authorities have denied there is closed-circuit video footage of Ma falling on the track, making her son’s death a mystery.

She told the Global Times that every time she goes to the subway to collect signatures, police show up. “But it’s the first time they took me to the police station,” she said. 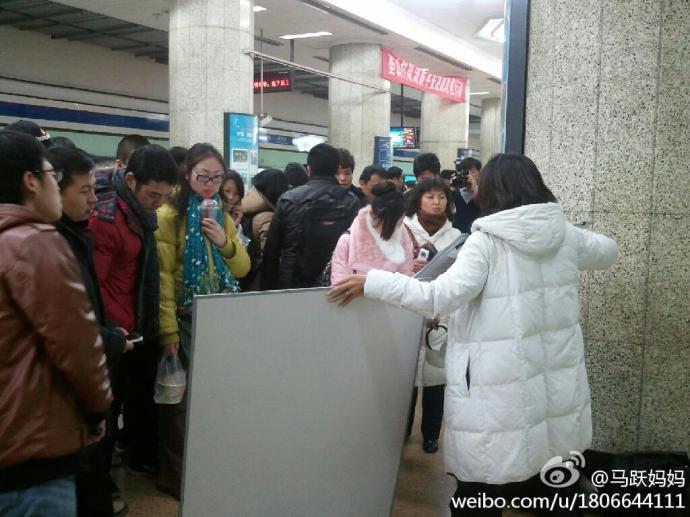 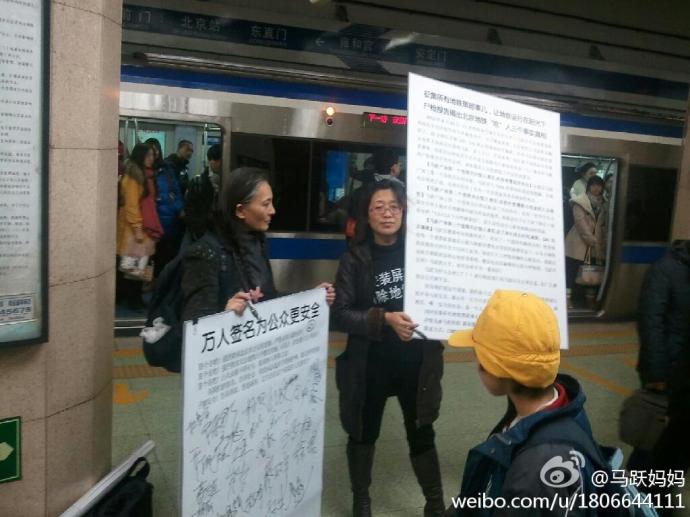