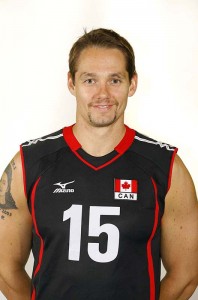 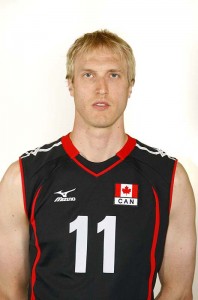 Fred Winters (left) and Steve Brinkman are among the first foreigners to come to China for professional volleyball. That they were former Canadian national team players makes them a big deal, not completely dissimilar, we imagine, to Gilbert Arenas and Tracy McGrady as far as the impact their presence has had on club and fan expectations. And believe it or not, volleyball has fans here, as both men’s and women’s games are actually sometimes televised.

Recently, Brinkman and Winters made news for another reason though. Via Global Times [sic]:

An online video has landed a Canadian member of Beijing BAIC Motor Volleyball Club in hot water, after it showed him appearing to avoid the subway security check.

In the 10-minute video, fellow expat player Steve Brinkman recorded a humorous take of his daily life in Beijing set to music, showing him training, walking on the streets and commuting on the subway with Winters.

As they arrive at the subway station, Winters and Brinkman, who is filming at the time, appear to deliberately avoid the security check, Winters saying “I walk through it everyday but no one stops me.”

The video is here. The offending part begins at the 2:50 mark:

One of the worst-kept secrets about the subway security guards here is that they exist solely by the grace of China’s extended welfare net. They aren’t actually needed; I know this, you know this, and for the most part, they know it. As a result of everyone knowing, there is a code, unspoken, between security guard and subway passenger: they won’t force you to put your bag through the scanner as long as you don’t disrespect them or post a video on the Internet about it.

Winters’s video is really quite innocuous though, just a day-in-the-morning with background music. Really, who cares?

Some people, it turns out:

Cao Zhiren, deputy general secretary of Beijing Volleyball Team Association said although posting a film of avoiding the subway security check is inappropriate, it might have something to do with cultural differences.

“We’ll educate him [Brinkman] more about public transport regulations in China and ask him to take the video off the Internet,” he said.

The life of a volleyball star. We’ll try to get the players’ story and update.