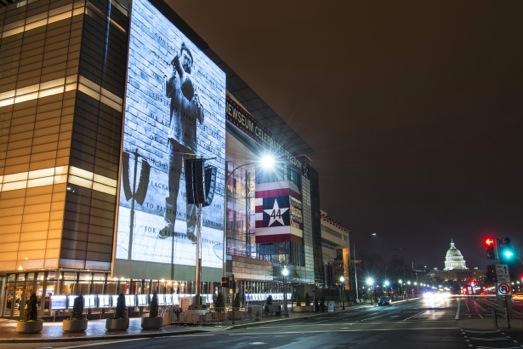 President Barack Obama’s public inauguration begins soon, and lookey who overlooks his parade route (above, via The Atlantic). If you’re in Beijing and would like to watch, the place to go is Brussels (or so TimeOut tells us), which also showed live coverage of the US presidential election. For everyone else, links.

Yi Junqing taken down by female’s “fiction.” “Mr. Yi, 54, an impish scholar who held the job of China’s top guardian of Communist literature, is said to have provided the woman with a fellowship at his research institute in exchange for $1,600. The sex and jewelry came later. // The allegations came to light last month after the woman, Chang Yan, 34, posted online a self-indulgent and occasionally scintillating diary that recounted a yearlong affair between the two married scholars. A few days later, Ms. Chang tried to retract her sprawling tell-all, but the damage was done.” (NY Times)

Lovely. “Japan says it may fire warning shots and take other measures to keep foreign aircraft from violating its airspace in the latest verbal blast between Tokyo and Beijing that raises concerns that a dispute over hotly contested islands could spin out of control.” (AP)

There’s that word again: transparency. “For years, many China observers have asserted that the party’s authoritarian system endures because ordinary Chinese buy into a grand bargain: the party guarantees economic growth, and in exchange the people do not question the way the party rules. Now, many whose lives improved under the boom are reneging on their end of the deal, and in ways more vocal than ever before. Their ranks include billionaires and students, movie stars and homemakers. // Few are advocating an overthrow of the party. Many just want the system to provide a more secure life. But in doing so, they are demanding something that challenges the very nature of the party-controlled state: transparency.” (Edward Wong, NY Times)

Snark. “The outspoken Southern Weekly honoured the five ‘best censored stories’ of the past year at its annual meeting yesterday. They included a feature removed from the New Year edition which was at the centre of a rare censorship row between the newspaper’s editorial staff and the provincial propaganda department.” (SCMP)

It’s just what the kids are calling it these days. “Giving a chronic respiratory problem the name of China’s capital city is an “extreme insult”, the top doctor at Peking University’s School of Public Health said. // Beijing has seen a recent surge in residents seeking medical help for what is being called the ‘Beijing cough’ – and it’s not because of the flu.” (SCMP)

Liao Yiwu’s latest book finally published in France. “Liao Yiwu clearly recalls the moment when he first stepped into a Chinese jail. He was stripped naked by inmates who then searched his anus with chopsticks — the beginning of a four-year prison ordeal. // ‘I only stayed naked in front of everyone six to seven minutes, but I felt I had lost all dignity,’ the author and poet said about the start of his 1990 imprisonment after the bloody crackdown on Tiananmen pro-democracy protests. // More than two decades on and despite intense police obstruction, the 650-page account of those four years — a rare depiction of life in a Chinese jail — has finally come out in France after first being published in Germany and Taiwan.” (AFP)

This guy doesn’t seem to mind that censors snipped Skyfall. “On a basic level, the purpose of film censorship is simple: to prevent people from seeing content the government doesn’t wish them to see. On another level, though, censorship perpetuates an image of the Communist Party as a benevolent organization that protects its citizens from a chaotic world. And while this doesn’t mean that the Chinese population is particularly fond of censored films — most undoubtedly aren’t — a large number do appreciate reminders that the government is still doing what it claims to be doing.” (Matt Schiavenza, The Atlantic)

All of Beijing’s subways in one day? “As you’re reading this there are two brave Australians trying to visit all of the stations on the Beijing Subway in a single day. Subway Saturday, the pair are calling it and it they began at International Exhibition Center station at 5.37am. The duo, Michael K. Sheridan and son Oscar, are planning to get out at each of the 202 stations on the numbered Beijing Subway lines (ie. not the Batong line), snap a picture for posterity and dash back on to a train.” (the Beijinger)

“Blessed” porridge. “Chaotic scenes of crowds pushing and shoving occurred for a short while on Saturday outside the largest temple in Hangzhou, Zhejiang Province, when thousands of people fought for free ‘blessed’ porridge handed out by the temple on the traditional Laba Festival, which falls on the eighth day of the twelfth month in the lunar calendar.” (Global Times)

Man U probably doesn’t have 108 million Chinese fans. “I’m still waiting for confirmation from Man Utd on how it reached those numbers, but this report from Align Sport singles out Kantar Media as the culprit. They released a report last year commissioned by none other than Manchester United. Sample size: 54,000 people. Conclusion: Manchester United has 659 million fans.” (The Li-Ning Tower)

The Fear of China, as illustrated by German STERN magazine pic.twitter.com/RIR7Eco6

“iPhones given and taken away, iPads stolen in Round 25″: Jon Pastuszek weighs in on last night’s Qingdao-Tianjin debacle. (NiuBBall)

“The Black Triangle”: infographic on where Beijing’s pollution comes from. (Mother Jones) 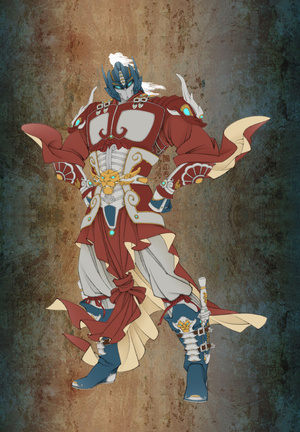