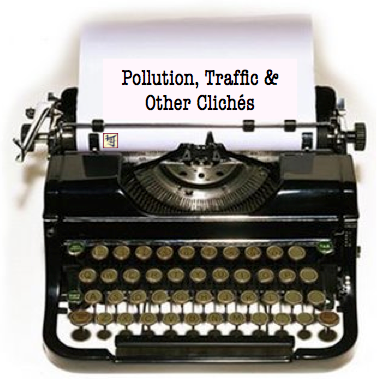 Years of occasionally reading the Beijinger has finally paid off: the magazine has published its funniest piece ever, and they didn’t even have to write it.

Take it away, boys:

We are back with a new short story contest…

You have 140 characters to play with…

Basically, theme is Beijing, tweet your short story, blah, blah. If you paid attention to last year’s “Six Words” gem like we did, you’ll know that this plays right into the hands of the capital’s expat writers. To wit:

2) They’re pretentious. Oh boy, if you ever get the chance, eavesdrop on the circle jerk that is the Beijing Writers Group on a Monday evening, held at the lion’s den of affected twaddle, the Bookworm, sometimes hosted by Jonathan Kos-Read.

OK, on with the show. The comments stream on one of the competition posts features contributions from social media users and emailers, dutifully compiled by BJer stalwart Iain Shaw. The question is, are these entries for realsies or is someone having a laugh?

Here’s the first. THE FIRST.

You guys looted it, he spat. We were weak then.
No, said I, I am Serbian. Where the US bombed your embassy.
A cuckoo sang over Yuanming yuan.

A cuckoo sang over Yuanmingyuan. Next up, “Boss-Town” with:

In the distance it echoes and approaches, contagious noise that lights the sky, waging war against “Nian”, the beast of peace and rest.

Been reading Yeats lately? That was quite terrible, but I’m afraid the competition is a little stiff. Let’s see what “MichaelNesbittH” has to say:

As the old woman from Gaomiaocun sat in the spring sun looking into the baby’s blue eyes, she realized that events of 50 years were both profound & an exercise in futility.

I’ll tell you what a profound exercise in futility is: reading these entries. Here’s Bill Bishop (@niubi) with what appears to be some sort of gaokao puzzle:

Well, at least it had a narrative. And he didn’t try to make it rhyme. Unlike @IESGlobal:

He landed, felt stranded, but found his way, the same day. Ate baozi (not jiaozi), met a laowai, then said “bye-bye”

Remember – it was a baozi. Not a jiaozi. Crucial detail. Weibo user @richard76uk:

A spaceship from the future lands in Beijing. Inside is someone who looks Chinese. But he speaks with no words and proffers only one message before he dies: “Less more need…”

OK, this guy was definitely huffing Tylenol, right? Later on, some Weibo user imagines the opening of a terrible Bond movie in which Bond appears to be dossing in a hostel:

I assume this will continue all week, and we’ll be watching all the way. We’ll even wank a few out ourselves, exempli gratia: