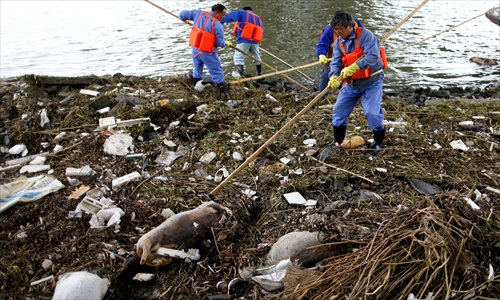 What’s behind Shanghai’s pigfestation? Chinese media say the carcasses come from upstream farms, where a large number of pigs died in January and February. While the official Xinhua news agency said on Tuesday that there has been “no mass swine epidemic” in the area, authorities have identified the cause of death for at least some of the animals as an outbreak of porcine circovirus, the Shanghai Daily reported on Monday, citing the city’s agricultural commission.

And here’s Sina with the latest death count:

Lovely. Remember when we first reported this story, and 900 seemed like a lot of wasted pork? Those were the days.