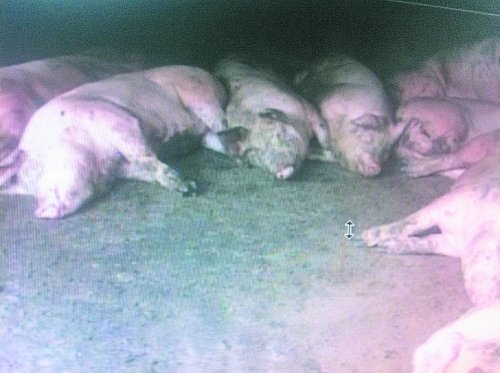 According to Nandu.com, 238 dead pigs and 89 dead dogs were found in Dongtun village in Luoyang, Henan province yesterday. By all accounts, they died suddenly and at the same time.

Initial tests have ruled out the H7N9 virus as a cause. Thank goodness for that and all, to know the zombie apocalypse has not yet arrived, but the question still remains: why are pigs and dogs dropping dead?

Some are speculating that a nearby chemical plant’s gas emissions may have poisoned the animals. “Usually there’s a smell,” a villager said, “today it was especially bad, really big.”

People have also complained about dizziness in the gas’s presence.

“Overnight, all the dogs in the village had basically died off,” one villager said. “Those that hadn’t died were in their last gasps.”

Dozens of canines were apparently dumped by the side of the road, which may or may not be better than a river.

An official from Shanhua, the town where Dongtun is based, said the exact cause of this incident is currently under investigation.

The city’s propaganda office said that the deaths were being investigated but that they suspected they had to do with nearby chemical factories. The factories have been ordered to suspend production and help police with a criminal investigation into the incident, according to a report on a Henan provincial news website.

No poisonous gases have been found in tests on the air around the village and its drinking water has met quality standards, said the report, which the propaganda office confirmed. 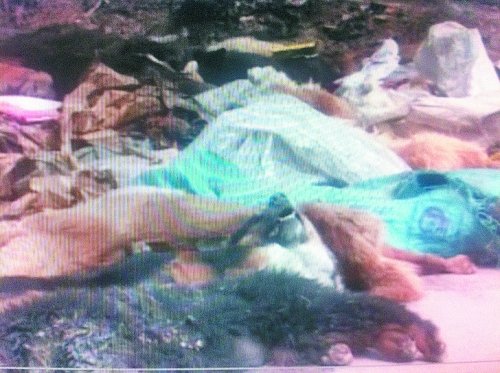 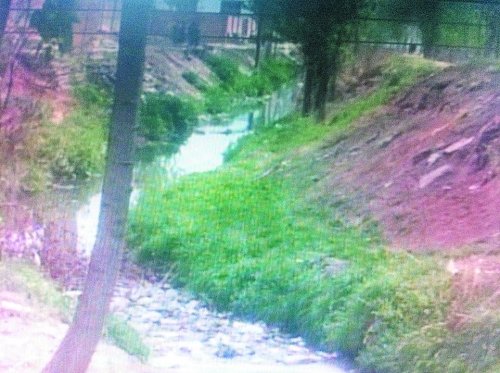