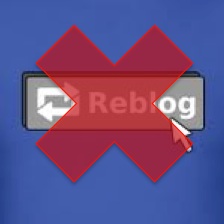 The “falling for satire” bit is our little extrapolation, but what other funny way to explain this? Via SCMP:

“All kinds of media work units may not use any unauthorised news products provided by foreign media or foreign websites,” according to a notice issued by the General Administration of Press, Publication, Radio, Film and Television.

This came on the heels of David Barboza winning a Pulitzer for his Wen Jiabao reporting.

The notice also does not allow any reporting from reporting any information from “informers, freelancers, NGOs, commercial organisations” without “prior verification.”

So here’s the thing. What I would like to believe is that GAPPRFT (god, is that what we’re gonna call it these days? Why not just pfffffart) is doing this to encourage domestic journalists to get out there and ask the tough questions for themselves, to be more like field reporters rather than tumblrs.

Unfortunately, I know Chinese media better than that. More likely, pfffffart is sick of seeing its subsidiaries (in a manner of speaking) get embarrassed. Shall we recount?

Alas, amusing as it would be, the real reason, of course, is for control. Via the Telegraph:

David Bandurski, the editor of Hong Kong University’s China Media Project, said such rules were part of ongoing attempts to “control press content at its source” and prevent inconvenient stories from the foreign media entering the Chinese news stream.

3 Responses to “Chinese Government Is Really Sick Of Its Publications Falling For Satire, Bans Quoting From Foreign Media”