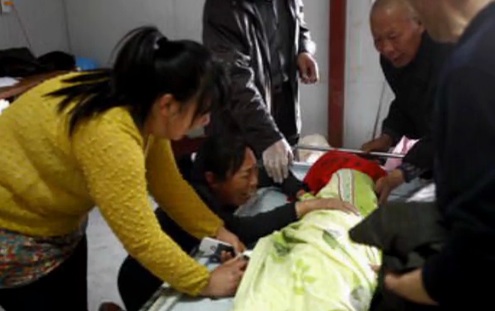 Two young children were the victims of a dispute between the adults of rival kindergartens last week, according to Xinhua.

Let that punch in the gut settle in.

Xinhua reports that the principal of an unnamed kindergarten in Pingshan, Hebei province intentionally laced yogurt with tetramine, then hired someone to have it sold along a route that children took on their way to a competiting kindergarten.

The poisoned yogurt was sold on April 24. Two girls died.

It’s difficult to imagine anyone in a position of responsibility — a kindergarten principal — being so petty and stupid, and for our own sake, we’re not going to try. Needless to say, here’s the epitome of cowardice.

Believe it or not, this is not the first time in the last two years that a child has died from poisoned yogurt. In 2011, authorities in Changchun, Jilin province say a boy fell victim to “deliberate poisoning,” though we’re not sure under what circumstances. The above-linked article points out that there were also cases of mercury poisoning in 2009 and 2010.