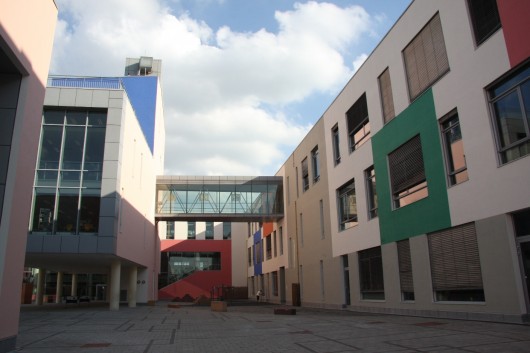 A 32-year-old American teacher surnamed McMahon was detained on May 13 under suspicion of sexual assault, reports Xinhua. He worked at Lycee Francais de Shanghai (LFS), an elite French private school.

The Shanghai kindergarten teacher was seized by police last month after seven families filed formal accusations against him, alleging sexual abuse and rape of students of both sexes, several parents said.

…[One] mother said her child started behaving oddly soon after they moved to China.

“My daughter was having nervous breakdowns, she was scratching herself on her face and thighs,” she said. “As we had just arrived in China I figured it was exhaustion from moving countries; I didn’t worry about it.”

LFS employed another teacher, also American, who was earlier “extradited to the US on similar charges.”

Foreign teachers in April were placed under scrutiny after two high-profile cases of sexual assault were brought to public attention. And Chinese instructors have had their own problems recently, of course.

LFS management has given their statement. Again, AFP:

Management at the Lycee Francais de Shanghai said: “Families have lodged complaints with the Chinese police against a teacher at the French school of Shanghai over assaults on their children. The investigation is being carried out by the Chinese police and is ongoing.”

5 Responses to “Another Case Of Sexual Assault In Chinese School, This Time Involving American Teacher”