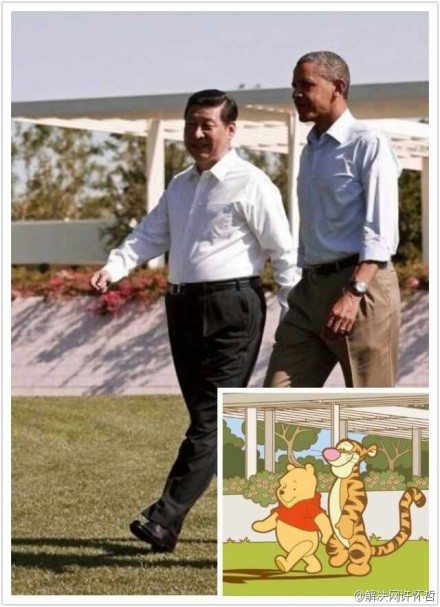 The fun apparently began yesterday when netizens saw the picture of Xi and Obama and began talking about their resemblance to Winnie the Pooh and Tigger. Eventually, it got meme-ified.

Incarnations of the above survive in nooks and alleys around Weibo, and now on Facebook, and here. Because memes abide.

Barack Obama is this guy:

And another look (we think this was the original): 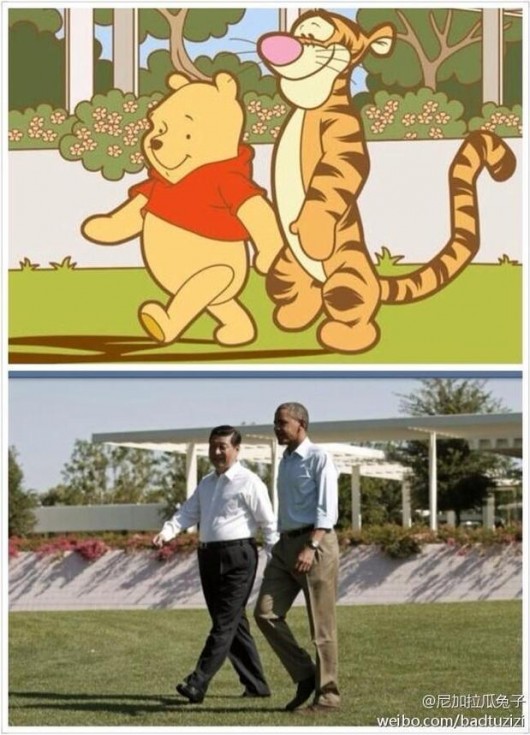 @zhongnanhai Don't underestimate the value of Doing Nothing..listening to all the things you can't hear, and not bothering.–Winnie the Pooh