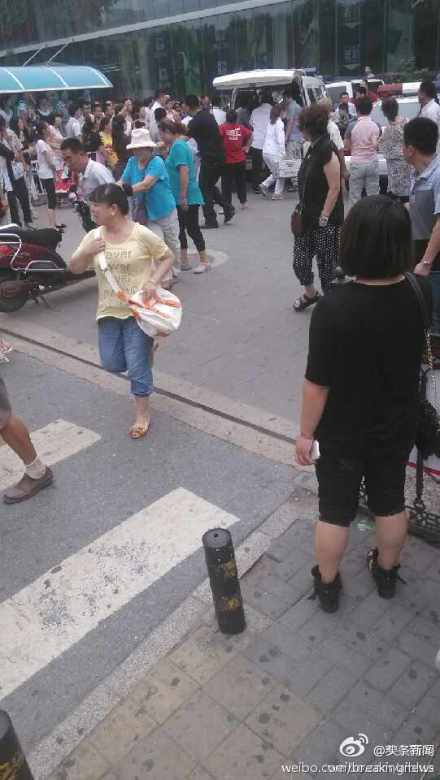 The four injured have been taken to the hospital. The extent of their injuries are not known at this time.

The incident will surely remind people of a fatal knife attack outside Chaoyang Joy City mall in Beijing on Wednesday. Two people died in that episode, including a foreigner, and police had to wrestle the assailant to the ground in dramatic fashion.

As always, pictures from the scene are popping up on Sina Weibo first. 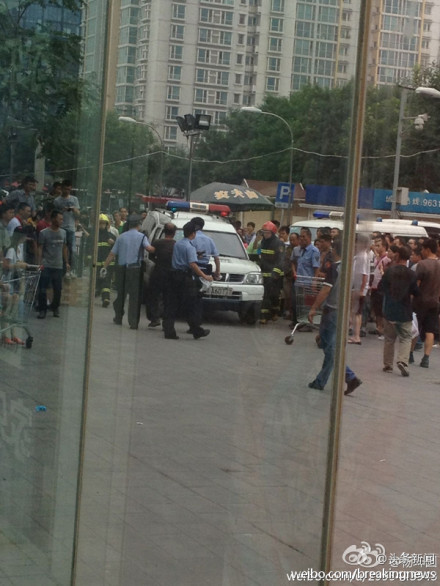 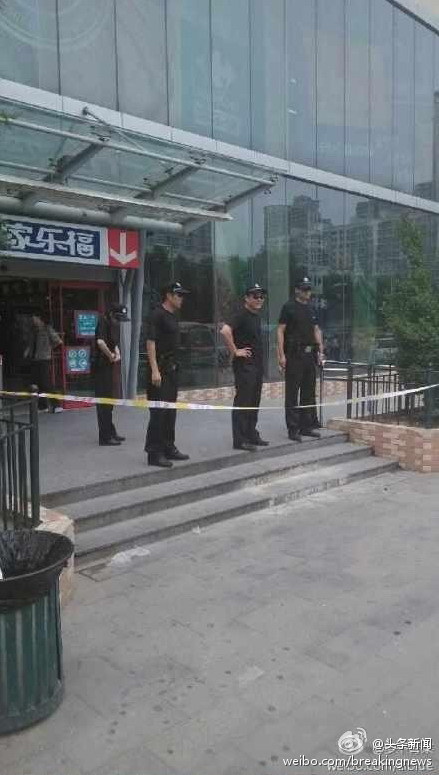 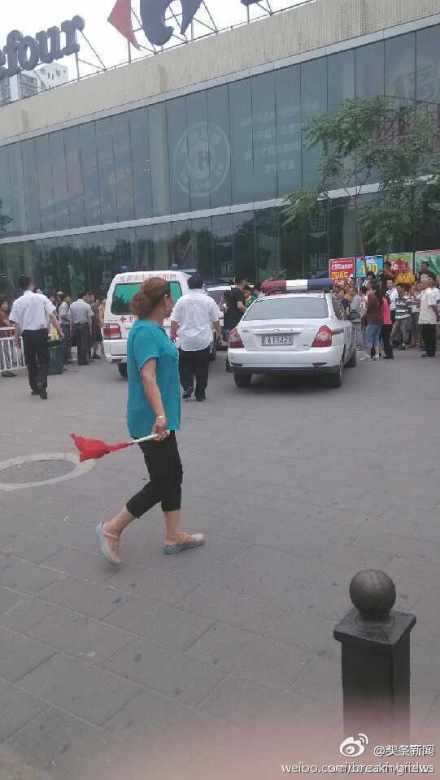 UPDATE, 7/22, 12:02 am: A middle-aged woman has died, according to CRI. Also: “The suspect had also stabbed the knife through the abdomen of a two-and-a-half year-old baby, severely wounding the baby’s intestines.” The baby remains in critical condition. The other two who were injured are 12 and 24. 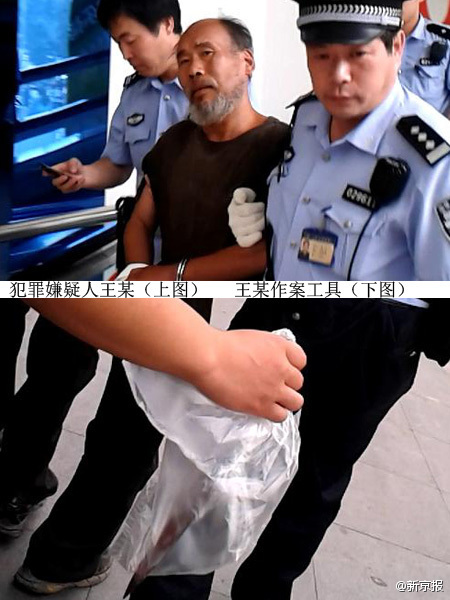 One Response to “Another Knife Attack In Beijing: 4 Injured Outside Carrefour [UPDATE]”