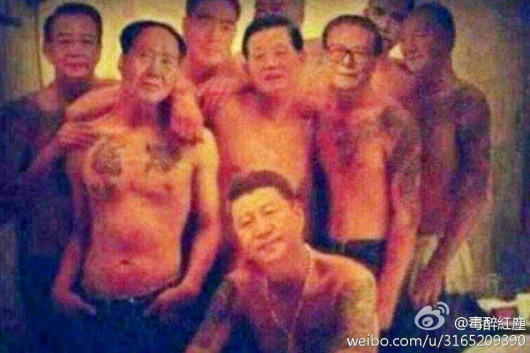 Scroll down below for my answers, after I tell you that Redditors are having a fun little caption contest with this, which you should join. (Thanks to Tom Carter for posting the above via Sina Weibo user @毒醉紅塵.) 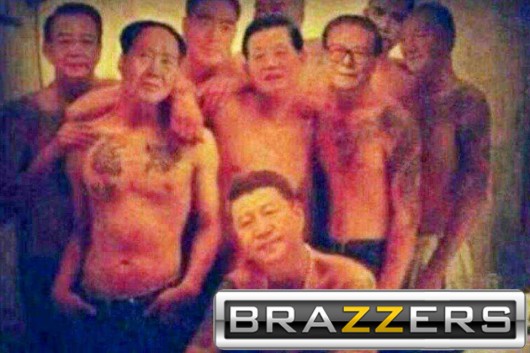 Left to right: Wen Jiabao, Mao Zedong, Li Peng, Deng Xiaoping (middle), Xi Jinping (very front), Jiang Zemin, Hu Yaobang. Two in the very back row are obscured by shadow, but one of them could almost be Barack Obama. Who should they be?