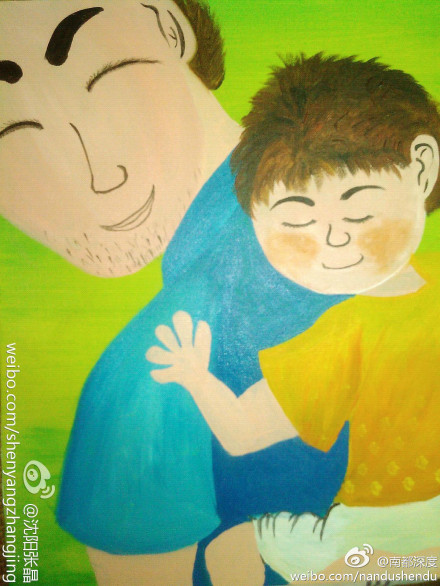 Street vendor Xia Junfeng, as depicted on the Internet

Those were reportedly the last words of Xia Junfeng, a street vendor who ran a kebab stall in Shenyang, Liaoning province, just before his excution on Wednesday. Four years ago, in what he insisted was an act of self-defense, Xia stabbed to death two urban city management enforcement officers — chengguan — and wounded another. Most Chinese, including many law professionals, believed Xia should have been charged with “excessive defense,” but after four years of appeals, the Supreme Court finally approved his death sentence.

Much of the outcry can be attributed to the fact that Xia was a street vendor, and the two men he killed were chengguan, a much hated group known for abusive tactics. It’s not uncommon to hear about street vendors who have been beaten to death by chengguan officers. But when street vendors are the victims, the death sentence is seldom, if at all, applied. For example, two years ago, also in Liaoning province, three chengguan officers who beat an elderly man to death were sentenced to 11 years and 3 years in prison, respectively.

Another reason for the public’s anger is a strong sense of judicial inequality. Many compared Xia with Gu Kailai, wife of politician Bo Xilai, who murdered a British businessman. Her death sentence was “suspended,” which more likely than not means she’ll get out on medical parole sooner than later.

Many of China’s supporters of capital punishment still believe that the death penalty is necessary and point to its use in punishing corrupt officials. But Xia’s case has prompted even staunch capital punishment advocates to rethink their reasoning.

“I used to support limiting capital punishment — not full revoking of it — because I hoped that the use of capital punishment culd curb corruption,” explained 何兵, associate dean of the law school at China University of Political Science and Law. “But Liu Zhijun [former head of China Rail, charged with corruption] was exempt from death; Gu Kailai was exempt from death; while Zeng Chengjie [developer charged with a pony scheme] was executed; Xia Junfeng was executed… if the death penalty doesn’t apply to officials, it shouldn’t apply to the people, either. Call for a complete dismantling of capital punishment.”

Netizen 桃谷散人 held the same view: “I once opposed abolishing capital punishment in China, naively believing that the government would use the death penalty to punish the corrupt and save the people. But the reality is that none of the corrupt is executed, only ordinary people.” Another netizen, 谭_zoe崽崽, added, “Now I realize that in an unfair judicial system that rules by the wills of officials, capital punishment must be dismantled!”