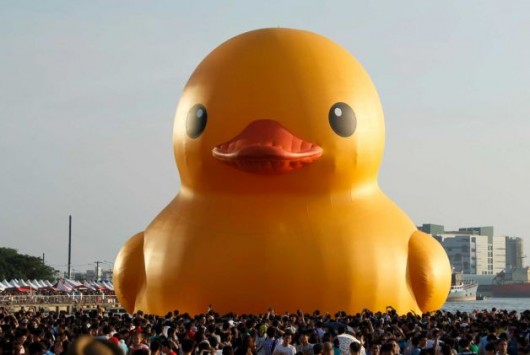 Florentijn Hofman’s rubber duck is the goldmine that will never be depleted. Deflated, maybe, but never depleted. This we know because his rubber duck arrived in Kaohsiung, Taiwan on Thursday ahead of Typhoon Usagi — that storm that’s killed 33 people in southern China and southeast Asia so far, i.e. around where Taiwan is located — and attracted half a million spectators.

Cower before your new overlord.

Kaohsiung residents pulled out all the stops for the duck’s arrival, including young dancers dressed as ducks. “It keeps on smiling to you, you know. It says, ‘don’t you worry, laugh, be happy!’” said Hofman, who was on site.

“This big rubber duck in your harbor, in Kaohsiung in this case, changes Kaohsiung.”

“And it changes also your fantasy and your brain.”

The duck is slated for a multi-city tour around Taiwan. It’ll leave Kaohsiung on October 20, but not before it’s expected to lure 3 million visitors and rake in $30 million, according to CNN.

And look: the duck is only getting stronger.

“The rubber duck usually takes more than an hour to be inflated,” said Lai [Zeno Lai, director general of the Kaohsiung Government Information Bureau and the event's spokesperson]. “But in Kaohsiung, it only takes seven minutes.”

The team has promised to pass on its new techniques and any lessons learned to other Taiwanese cities set to receive the duck.

The duck is 18 meters (60 feet), according to an official website, which is half a meter larger than the original that captivated Hong Kongers. Not sure how that compares to Beijing’s version, but…

Wait. How can the Rubber Duck be in multiple places at the same time? Taiwan and Beijing?

You mean to tell me it’s just a mass-produced curio that plays off our weakness for kitsch while unapologetically blurring the line between pop art and naked commercialism? 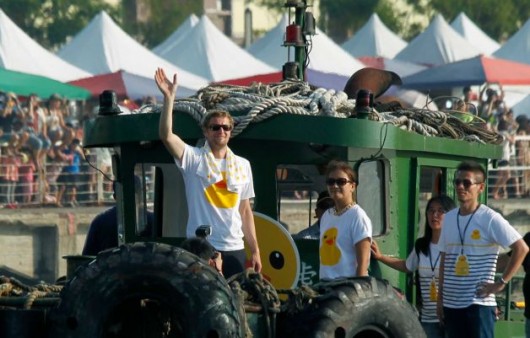 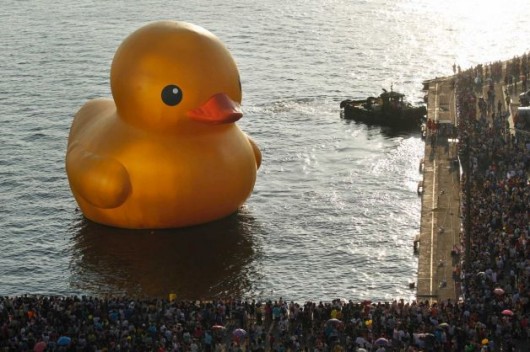 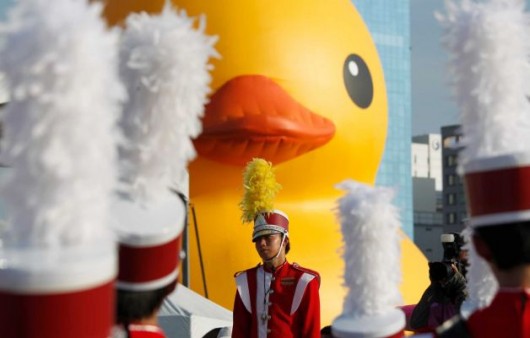 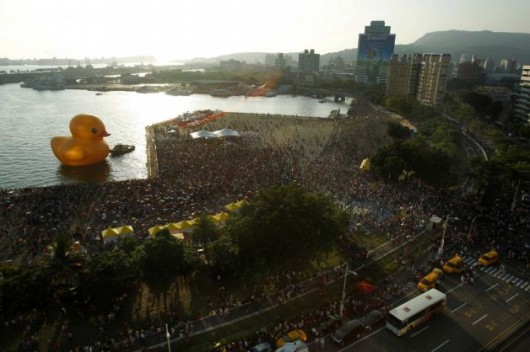