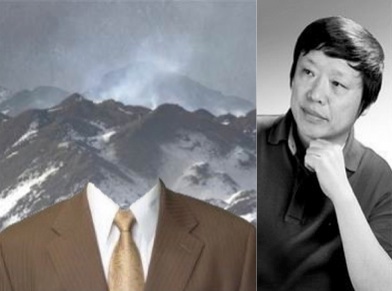 This comes via Valentina Luo’s review of Hu Xijin’s new book, Hu Xijin Talks About the Complex China (he put his own name in the book title?), in That’s Beijing:

Shan Renping, the acid-tongued Global Times columnist who has called Chen Guangcheng “a tool of… the West and its supporters” and Ai Weiwei “literally nothing…without the support of the West” has long been considered the newspaper’s Rottweiller, surpassing even chief editor Hu Xijin in his tireless Frisbee-fetching.

Mr. Hu apparently made the admission (confession?) in the preface. It reminds us of something TAR Nation wrote way back when:

Since we had a pop at the laughably insane Hu Xijin last week, this week’s propaganda piñata will be Shan Renping. Now, Shan is by no means as high profile as Hu Xijin, but he makes up for it by being more hateful and intellectually repulsive. Unfortunately, Shan is a rather difficult party proselytizer to find, much in line with the traditional problem propagandists face (i.e. hiding so that people don’t beat them to death with sticks). So in lieu of a picture, I have provided a dramatization of what he looks like:

This was followed by a picture of a 2,000-ton pile of burning cow manure, partly reproduced above. It was inelegant, but those were the early days.

“No one can say I held a personal grudge,” TAR tells us. “I hated him without knowing who he was. I hated his very soul. Some people live their entire lives not having a hate like that. I’m a little choked up.

“It solves a problem though. I used to say to myself ‘HU XIJIN is the WORST!,’ but then, I would look at Shan Renping, and he was also ‘the worst.’ That’s a weight of my mind. Case closed. Hu Xijin is the worst person on earth, ever.”