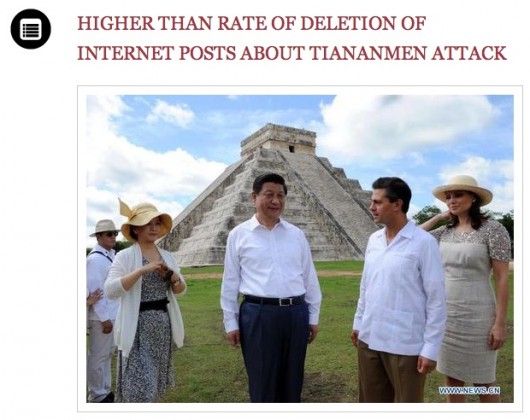 Proving that some good things really can exist on the Internet for months without being discovered, here’s a Tumblr called How High are Xi Jinping’s Pants Today?

The first post — and they’ve been sporadic ever since — was in June, but somehow we hadn’t encountered it until just this morning, thanks to That’s Online.

Like so, we have yet another way of tracking the movements of the general secretary of the Communist Party of China. And also a sartorial lesson in the proper height of pants — not so formal, and not so bureaucratic.