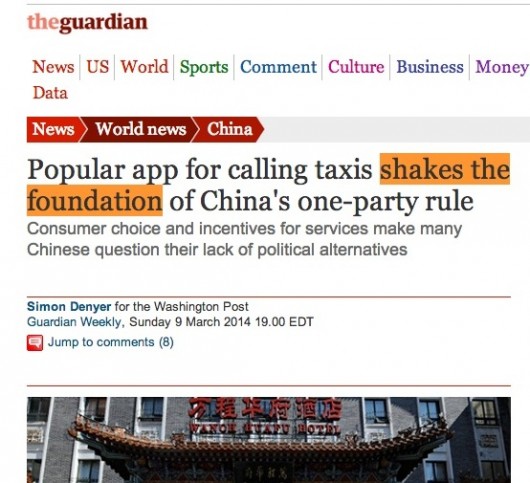 A Guardian sub-editor overdosed on caffeine while writing the headline to a humdrum taxi-app story. How else to explain this?

China’s one-party rule has survived market reforms, the killing of students, Wukan, and Bo Xilai. But it currently quakes at its foundations because you damn people can’t stop using Didi Dache and Kuaidi Dache.