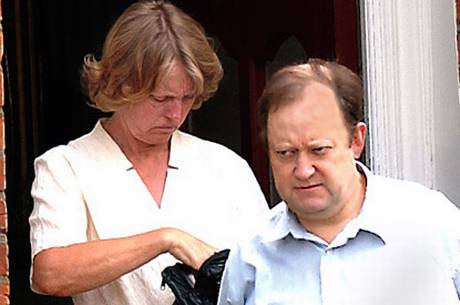 Last week, coverage of the embattled but peaceful pro-democracy rallies in Hong Kong earned the unsolicited though controversial criticism of one John Ross.

Ross, a British academic who describes himself as a “Senior Fellow at the Chongyang Institute for Financial Studies, Renmin University,” took to Weibo (a Chinese Twitter) to accuse foreign media of being “too hypocritical.”

“In 150 years of British colonial rule in Hong Kong, they never permitted its people to elect their own governor, and the United States didn’t criticize the UK about it,” Ross wrote. In erecting this particularly withered straw man, of course, Ross utterly ignores the actual catalyst for these protests: the promises, originally brokered by the British, then later arguably broken by Beijing, for universal suffrage, as per the ‘One Country, Two Systems’ template agreed in 1984 between the UK and China.

Ross is obviously far too concerned with the hypocrisy of foreign governments to have any time for his own.

He proposes, for example, that the suffrage system now on the table in HK – three candidates, hand-picked by Beijing: Any color you like, so long as it’s red – is “much more democratic than the United Kingdom.” That’s presumably the same UK where calls for a referendum on Scottish independence were ruthlessly censored, its leaders crushed, journalists and activists imprisoned, and where the streets of Dundee and Glasgow are now lined with friendly, tear-gas wielding soldiers to preserve Scotland’s freedoms. To put things in perspective, in 2013 the Economic Intelligence Unit used actual data to rank countries by democracy, placing Hong Kong at 65 out of 165, with a score of 6.42, making it a “flawed democracy” (the UK is 16. China? 143).

Ross doesn’t – yet – enjoy the profitable pro-Party punditry platforms of his fellow foreign cheerleaders, such as Martin Jacques or meritocratist Daniel Bell, but nevertheless is intent on filling the mould of “foreign stooge of a Chinese dictator… manipulated by those who found him useful,” like US constitutional scholar Frank Goodnow before him.  Clearly he believes there’s still gold up in those hills.

So when the “former director of London’s Economic and Business Policy to ex-Mayor Ken Livingstone,” was approached this summer by Chinese tabloid the Global Times (GT) for a profile about foreign China Watchers, he was, no doubt, expecting a nice soap-job.

After all, GT is a state-owned affiliate of People’s Daily, and its Chinese edition (whose bug-eyed editorials the English edition faithfully reproduces) is particularly known for its “nationalist” bent.

Ross, meanwhile, is a loyal toady of the new world order. The Marxist economist is so committed to serving the people that, back in 2004, he gracefully accepted a massive salary of £110,000 – more than the then-Mayor of New York – as one of “Red” Ken Livingstone’s closest crony-advisors. (The post was not advertised, which might have struck even Tony Blair as rather non-egalitarian.)*

Unfortunately, the paper’s reporter went off (Ross’s) script to deliver an actual piece of journalism: a long article about various overseas admirers of the Communist Party – often known as “Panda Huggers” – such as Ross and Martin Jacques, and entitled “Our Friends in the West.”

The cached article as it originally appeared

Within hours of this going online – and being enthusiastically shared among Twitter’s China hands – Ross was on the line to complain. Demonstrating his commitment to Party values by attempting to get the young journalist in trouble, Ross demanded immediate expunging of negative comments about himself. “I am well used to expect such articles by people such as the Southern Media Group,” Ross fumed, “but it was a great surprise to see it in Global Times.”

The reasons for Ross’s rage became abundantly clear: “This article attacks and attempts to discredit me by the typical methods of suppression of information and selective quotation,” he wrote (our emphases). Ross then demanded that several lines be removed – aka “suppression of information” – to make way for pre-approved remarks, supplied by him, inserted in their stead… a.k.a. “selective quotation” (!)

The article originally noted that – in Ross’s own words – he had been criticized by “British right wing [sic] writer Nick Cohen”:

This passage was excised at an unknown date, after publication, to be replaced with a glowing passage that displays a complete volte face in both facts and tone:

Of Cohen, all reference had vanished like a dissident in the night (apparently, “Cohen has no knowledge of economics,” as Ross fumed in his e-mail). Also missing:

The original contained a scathing reference to Ross’ tireless work in the state-media sector, now deleted

Not content with neutering these small jabs, the overweening Ross then had an entire 90-word paragraph inserted, in which he demonstrates that he has, at least, apparently as much grasp of modern Chinese history as Cohen purportedly has of economics:

According to Ross, who simply ignores the entire periods of 1949-1976 and 1989-1992,  individual entrepreneurship is now the standard of measurement for a state’s human-rights record

Meanwhile, the fawning comments about Ross from his boss at the Chongyang Institute – a state-backed “think tank” run by a former hack from the Chinese edition of People’s Daily, Wang Wen – were unsurprisingly left untouched. The article, once a spiky piece of journalism, had effectively become a standard fluff piece larded with dripping encomia to Ross – all under the byline of a “senior reporter” who was powerless to prevent it.

Although he was indeed interviewed for the article, Ross concluded his email of complaint by remarking that he was “astonished that Global Times should publish such an attack on myself… without giving [me] any chance to reply to these attacks.”

Well, now we do have Ross’s reply:  In the form of the professional harassment of a female journalist at a state-owned paper, a shrill demand for heavy-handed censorship, and the wholesale manipulation of someone else’s work to further his own agenda. The difference is, we’re not the slightest bit astonished.

*While in position under Livingstone, Ross enjoyed 12 foreign jamborees in just three years, according to WorkersLiberty.org. But his finest hour came after Livingstone was defeated by Tory candidate Boris Johnson in the bitterly contested 2012 London mayoral elections.

Ross lost his incumbency – a hazard of democracy to the humble public servant-crony – but threatened Johnson with the use of “m’learned friends.” The justification? Before rejoining the ranks of the common man, Mayor Livingstone had slipped a new “unfair dismissal” rule in, which allowed political appointees the same redundancy rights as, well, chimney sweeps and nurses. Well – almost the same. Ross got a thoroughly socialist settlement, in the region of £200,000. Bottles of Karl Marx champagne all round!

Leave a Reply to SeekTruthFromFacts