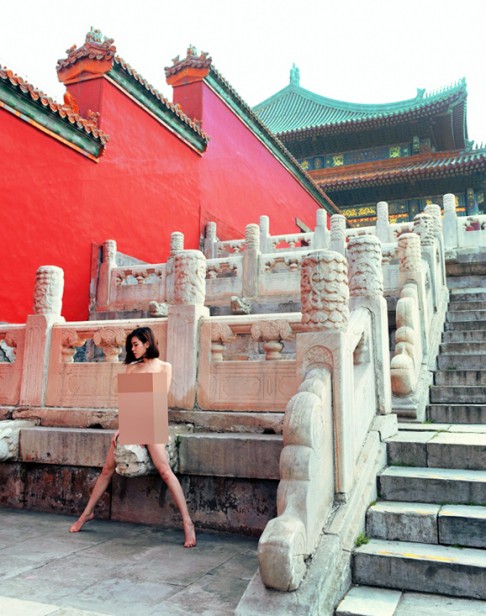 In honor of Cyber Security Week in China — that’s this week, whereupon “China’s Internet police are stepping into the light,” according to WSJ — I thought we’d take a glimpse at the state of Chinese Internet smut through the lens of a recent happening, photographer Wang Dong’s now-infamous Forbidden City photo shoot featuring nude models.

Let’s compare how Chinese Internet censored the above picture — via SCMP — vs. how others did it, shall we? 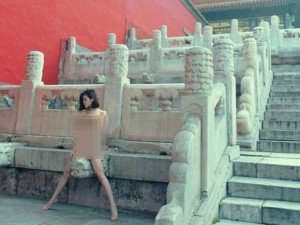 Here is The Mirror, not exactly known for its modesty, using thick black lines to cover the woman’s sensitive parts: 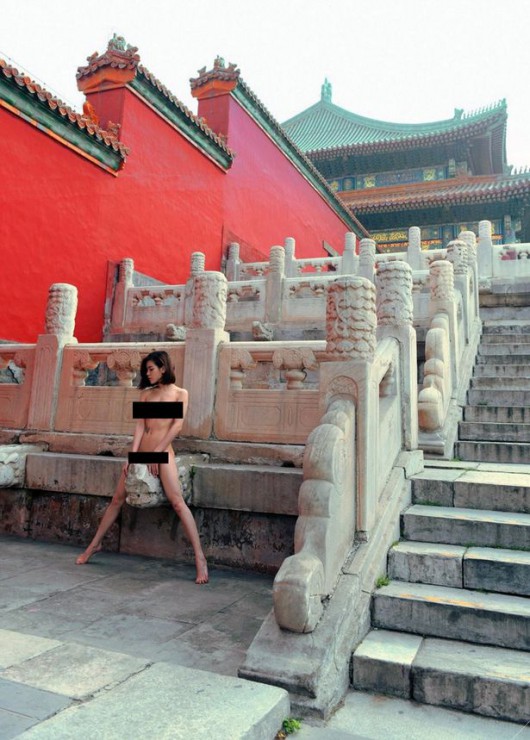 Now let’s look at China Daily – technically state media, but it employs so many foreign editors that we can’t call it completely Chinese. Let’s consider this image a bridge into the hinterlands… 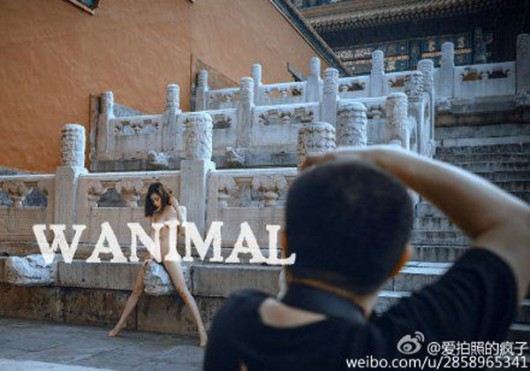 Here’s China.org.cn, using a considerably thin black line to cover the woman’s nipples. Cleavage, side boob, underboob, and pelvis are all fine… 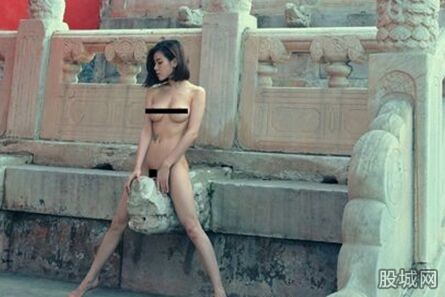 Effective immediately, these agencies “cannot send images of [models] in swimwear or black lace,” Weibo Chief Executive Officer Wang Gaofei wrote on one of his verified blogs on Weibo. Mr. Wang also said these agencies won’t be allowed to use Weibo to publicize their online presence on other platforms.

The tone of Mr. Wang’s post took on a hint of exasperation. “If you really can’t” abide by such rules, Mr. Wang wrote, “then just act cutesy or sell bags.”

So with all its controls, smut patrols, campaigns against indecency, surely Chinese editors have received the message loud and clear, yes? 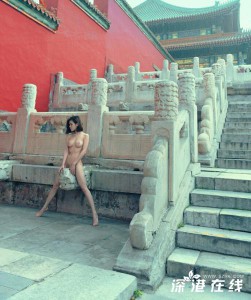 Good luck, Net nannies. You have a tough job indeed, but at least it pays well.