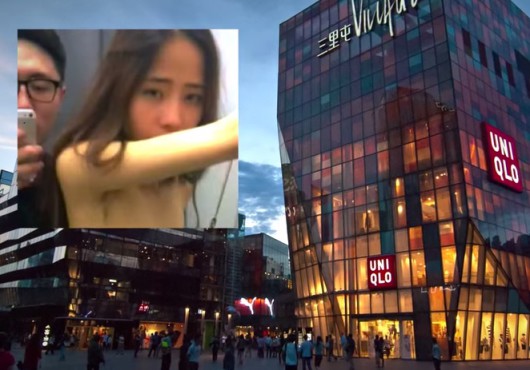 The Cyberspace Administration of China, the country’s Internet watchdog, reprimanded two of the nation’s main web portals, Sina and Tencent, for failing to stop the spread of the video, and police said they were investigating. On Sunday, Beijing police said they had  arrested the couple in the video and four others.

According to Beijing TV, the police investigation is focused on two questions: first, who posted the video and second, whether the tape was a publicity stunt intended to drum up business. A brief police statement said one 19-year-old man surnamed Sun was charged with disseminating obscene material, while three others were being detained, along with the couple. Police indicated the video dated from April.

We hope the couple is okay. I guess public sex is a real threat to society and you shouldn’t do it, but then again — maybe you should.