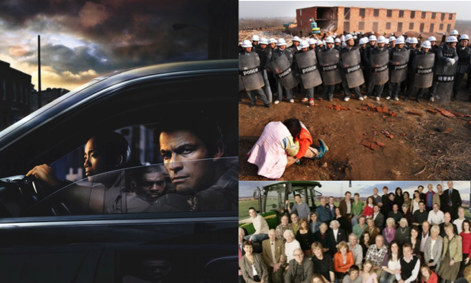 We wanted to highlight our school suicide story earlier this week because we felt many of the elements surrounding the official reaction – subterfuge, censorship, a lack of respect for both the living and dead – were unfortunately far too common. Now comes another bleak story of teenage suicide – and the disgraceful reactions to them.

Earlier this week, People’s Daily reported on two girls who “jumped into a pool and drowned” last Thursday after “leaving notes saying the suicides could help them travel back to ancient times.” The note stated that Xiao Hua was upset after losing a remote control and Xiao Mei apparently “planned to travel back to the Qing Dynasty… and wanted to visit outer space.” Only the most exploitative or foolish of people would see this tragedy and extrapolate that the girls killed themselves because of something on TV – and not for the myriad inarticulate reasons that might make someone take their own life.

None of the members from the two families has any clue why the tragedy happened. According to Mei’s mom, her daughter was a girl of her words and that is probably why when Mei said to commit suicide together with Hua, she kept her promise. And according to Hua’s sister, Hua was a perfectly normal girl, well-behaviored and having good relationships with family members. There was no reason to think of death only for a missing remote control.

To other people in the village, however, the back story was simple – they watched too much time cross-over TV dramas.

Up until last year, time-traveling shows, featuring women who have a close brush with death and wake up to find themselves in feudal times (and quickly caught in courtly intrigues and royal romance, rather than perishing horribly), were officially big in China; until, that was, it was decided they weren’t.

Both People’s Daily and China Daily brandished the recent double suicide as sorrowful vindication of a 2010 government edict to “ban” time-travel shows (a better word might be discourage, since the series are still actually available on satellite reruns. It’s just like anything that’s popular – you can’t view it on state TV). The State Administration of Radio, Film, and Television decided these shows “casually make up myths, have monstrous and weird plots, use absurd tactics, and even promote feudalism, superstition, fatalism and reincarnation.” It gets even more shocking: “the producers and writers [were] treating the serious history in a frivolous way, which should by no means be encouraged anymore.”

Yeah, it’s called fiction – but the CCP wants to maintain its monopoly on historical distortions and absurd fantasies. As mentioned, these shows don’t appear on state networks, which enjoy the ever-marvelous, un-ironic mnemonic of CCTV; most, like the highly popular Palace, are made and broadcast by Hunan satellite TV, which specializes in making tacky programs such as dating shows and Pop Idol-type stuff that are hugely popular with the masses but less so with the ageing stiffs who run this joint.

In a country with few competing narratives or open debate about historical events, and where frank discussion of even long-ago data is marginalized as a threat to stability, banning your aunt’s beloved time-travel shows is but a logical conclusion to the stranglehold on history – even dating back thousands of years (Ghenghis Khan was a fine dictator – one of ours!).

Another theory reasonably suggests that all this yearning for bygone dynasties and wanting to live in some kind of alternative golden age somewhat undermines the Party’s notion that this is the Golden Age of China.

But the reality of this Golden Age bears little relationship to what you’ll see outside your window. One show that did attempt to depict reality, Snail House, dramatized the pressures of the housing market. It was popular. It was critically acclaimed. It was spiked after eight episodes.

China Daily, meanwhile, quotes comedian (and CPPCC member – the two are far from mutually exclusive) Huang Hong opining that Chinese TV should not indulge in “absurdity and exaggeration” when it comes to factual elements. Go on, then – let’s see some realistic programming. A drama set among a rural farming community, threatened by developers in cahoots with local officials (The Archers finally meets The Wire); an unsympathetic portrait of Chongqing’s much-beleaguered mafia families (The Sopranos with added numbing spice); or a sitcom about a group of wisecracking neighbors in a down-at-heel Beijing hutong who routinely wander into each others’ homes (Peng You!). Just stop co-opting teen suicides for your misguided agenda.

Leave a Reply to Party