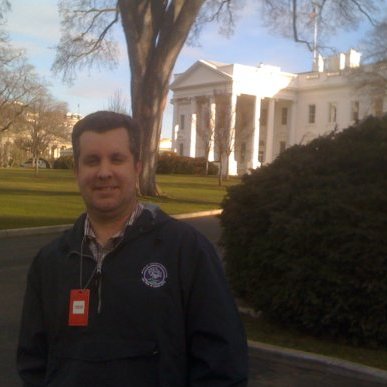 Let’s get the facts straight to start. The USC students who were shot and killed last Wednesday were not in a “new 3-series BMW,” as was originally reported. The AP’s Greg Risling, who has been assigned this beat, can be commended for reporting in a follow-up story:

Some Chinese students at USC opted not to attend a candlelight vigil because they were upset by the portrayal on social media that Qu and Wu were indifferent rich students, according to Neon Tommy, a news website sponsored by USC’s Annenberg School for Communication and Journalism.

“Actually the two of them were very frugal,” Wu’s friend Jia Silu told the website. “Wu shared a room with another girl to save rent. Those who said the BMW was $60,000 have no conscience. It is a total lie.”

The emphasis, rightly, is back on the human tragedy of two lives cut short way before their time.

But it must be asked: how did that “portrayal on social media” of victims Ming Qu and Ying Wu being “indifferent rich students” start, anyway? Why would people have thought that?

And here’s where we put the Associated Press back on the chopping block. Let’s look at its original story (we’ll use the China Daily link for the hell of it; all emphasis mine):

LOS ANGELES — A gunman opened fire on a BMW near the University of Southern California campus on Wednesday, killing two international students from China in what may have been a bungled carjacking attempt, police said.

The gunfire erupted around 1 a.m., shattering the windows on the new 3-series luxury car….

The gunman fled and no one has been arrested, Smith said. Police have taken the $60,000 BMW away for examination and were attempting to determine if there were any surveillance cameras in the area.

Before we proceed, let me pause and say the thing that shouldn’t need to be said: the car model shouldn’t matter. It doesn’t even matter if the kids were rich and spoiled. What matters is the horrific fact that two sets of parents have lost their children who were half a world away studying to make better lives for themselves. This is a ridiculously tragic story, and it doesn’t take many details — or lack thereof — to verify at least that much.

But an editing error at the AP diverted attention away from the core issue, and a questionable editorial choice — to put the detail about the cost of the new BMW so high in the story — has caused a lot more grief than necessary.

Angela Bao, a journalism student at Columbia University, emailed Greg Risling at 6:31 pm Eastern Time the day after the shooting to inform him of his error. The correspondence — including his replies — can be seen here on Sina Weibo, as directed to me by Big Brother Chang of Seagull Reference, who deserves credit for bringing this story to light in a blog post yesterday titled “Practicing of Journalism Demonstrated by an AP reporter.”

Bao pointed out that some “Chinese journalists have talked to the dead students’ friends and they recalled that the car was purchased at $10,000.” Furthermore, “they said the BMW is a 2003 model and is a used car, which the Chinese male student purchased to make trips to work earlier.”

Risling replied 16 minutes later, according to Bao’s Weibo post. Here it is (assume [sic] on all of these block quotes):

Angela: The story originally said a new 3-model BMW can cost up to $60,000, then an editor cut that element out and put $60,000 BMW, not to mention that the car was. The story was updated throughout the day and the “new” reference and $60,000 amount, which was in earlier versions, was taken out.  Please go ahead and send me the link of the friends’ account.  BTW you cannot republish what I wrote here on the Internet in any language.  Greg/AP

For the first 66 words in his 81-word reply, Risling sounds like a reasonable journalist who merely suffered that indignity all journalists suffer at one point or another in their careers: the careless, edit-happy, pencil-pushing desk editor. But his last sentence sounds vaguely paranoid, even mildly threatening. Cannot publish … in any language.

Most media organizations, when they discover they’ve made a mistake whether online or in print, immediately move to publicly correct their error, often as conspicuously as possible. Not AP though. Risling, for whatever reason, chooses to toe the company line and take a rather defensive position, essentially telling Bao to not publicize this matter, as if it didn’t matter.

Before we get to Risling’s next email, sent at 7:16 pm on the same day, here is an excerpt of what Bao then wrote to him:

…I want you to know that your report has been translated widely in Chinese and many people say the students “deserve it” as they thought they were some “Rich Second-Generation.” The term means that their parents are some corrupt cadres and businessmen and Chinese public hate this kind of people.

By all means, your report and its translated version have caused great pain to the dead’ friends and families, which can be easily found on Renren, Chinese facebook and Weibo, Chinese Twitter. There might not be much to do after a mistaken has been made, but I just want you to know what is being discussed in China now.

Angela: We took out the reference when there were complaints by some students making the same statements. The police have not confirmed what year the car was made, but we took the reference out anyway and it hasn’t been in the story for last 24 hours.  You are not authorized, nor am I, to put information out on the Internet representing AP.  An editing mistake was made, fixed and if the Chinese media are seizing upon that one aspect and not that two people were murdered, they are misguided.  Greg

You can clearly see who is misguided, right? Bao never once mentioned Chinese media. If anything, her claim was that Chinese media corrected the error. In his latest email, Risling spends 46 out of 90 words acting like a responsible journalist, and his other words make him sound like a defensive flack. Representing AP? Who and how? Bao, to the best of my knowledge, never said she was going to pretend to be the Associated Press and issue a retraction on their behalf. She doesn’t so much as even ask for a retraction, even though that’s what any self-respecting media organization would go head over heels to provide.

I know it’s unfair of me to close-read an email like this, but Risling begins to sound like someone who doesn’t get why the error matters. Or — much worse — he understands the implications perfectly well and that’s why he wants to sweep it under the rug, because it’s all too embarrassing for a company as big and influential as the Associated Press to admit that the ripple from a small editing mistake — that one act of carelessness by an anonymous editor we’ll never hear from — could find its way overseas and cause surging waves of anger.

Here are some of chinaSMACK’s translations of netizen comments regarding this development:

Very upset with the news headlines! The first half of the titles are the death, and the second half is Chinese people’s ever-present competitive/envious mentality, as if human life in the news worker’s eyes are just tools to get attention. Why did the writer have to point out “BMW”? Could he not have just calmly written “died in a car”? Had to use “inside a BMW” to attract eyeballs, was the first half about young people passing away not enough to make people sad? In the face of tragedy, excessive publicizing will only make human vanity even uglier.

The shameful vanity of regarding what is an ordinary thing as a treasure can only be spurned before life.
R.I.P. for young lives!

If they’re the children of government officials, they hurry and die. The more that dies, the better. If they’re ordinary commoners, then a moment of silence.

Well-killed! Must prevent these heartless rich corrupt government officials who live off of the people and cheat the people from continuing their family lines!

I think that’s enough. As with all online discussions on sensitive topics, there’s a lot of anger from all sides, and lots of regrettable comments become permanently public. By excerpting these comments, I’m not trying to imply that any significant portion of China’s netizens are indifferent to the tragedy of this shooting.

I do, however, wish to make clear that this is why journalism matters, and why, more importantly, accountability matters. It’s because you’re putting out a version of the truth. Let the weight of that concept sink in. The truth.

Risling’s final email to Bao (at least in the Weibo thread) came at 7:37 pm:

If the friend wants to send me the information he can do so at this email.  We wouldn’t publish the information but it could come in handy for future stories. Per our policy, we do correctives when the story has fallen out of cycle. We do put in notes only seen by our members what corrections are made in a story such like this where information is being updated frequently. Lastly here are two stories we’ve sent out today and you can see we reference the hubbub caused by the BMW reference. Greg

Risling restores some credibility to himself and his organization, because I assume he sent the story that appears at the top of this post. That’s admirable of him to acknowledge the AP’s error in an entirely separate story… without actually ever acknowledging the error, of course.

For whatever reason, that lack of acknowledgement sits poorly with me. I don’t know that issuing a retraction on AP’s website is going to do anything, honestly. I don’t know what AP could do, short of sending a memorandum to all its members. I don’t know even know if that’ll be enough to convince the lazy editors at China Daily and the Guardian to change the stories currently on their websites.

But I do hope we’ve learned something from this episode, specifically about the power of the media. Of its ability to educate and — unfortunately — its ability to mislead. Let that convince us to all be wary readers, too.

AP, you can look on the bright side, though: you’re not as bad as the entertainment websites implicated in our previous “Journalism”-tagged post. None of them have issued corrections, and for crying out loud, they published a fake quote.

26 Responses to “A Story About Journalism (Or, Why Details Matter): The Implications Of One Small Associated Press Editing Error”