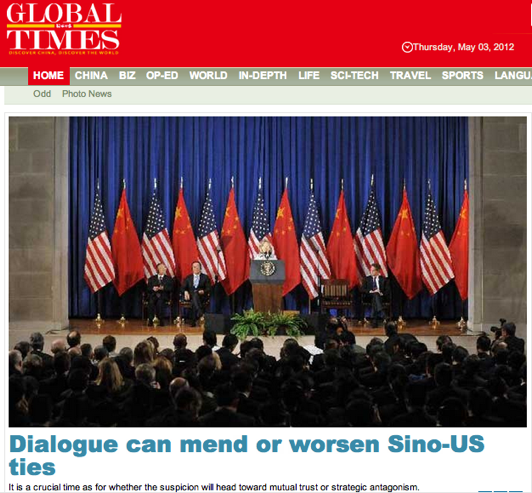 Actually, the editorial is already here. And it’s written by Shan Renping.

Chen’s case originated from the grass-roots disputes in Linyi, Shandong Province and evolved into a more complex situation under the interference of Western media and even diplomatic factors.

Confrontations may take place occasionally due to China’s large scale, but they have not dominated society and will be played down by the majority’s optimism.

It is hoped that the US embassy in China can distance itself from activities that do not match its functions. It should gain the favorable impression of China’s public rather than being an escape route for more extreme elements.

4 Responses to “Brace Yourselves. A Global Times Editorial Is Coming”