Our favorite government mouthpiece has flubbed again with the headline on its latest story (four-plus hours after its posting, it has yet to be changed). Ostensibly about a new round of rainstorms scheduled to hit this afternoon, Xinhua inadvertently draws our attention to the waves of negative reaction to the municipal government’s disaster response, a sampling of which can be found on China Digital Times (highlights include: “In the Celestial Empire, every natural disaster is a prelude to an award ceremony”).

But speaking of downfalls, earlier today, Beijing mayor Guo Jinlong and deputy mayor Ji Lin both resigned. I want to be clear though that this isn’t really a “downfall,” as these two are headed for greener pastures: earlier this month, Guo was “elected” as secretary of the Beijing Municipal Committee of the Communist Party of China, and Ji has been appointed deputy secretary. The timing of their resignations, on the eve of a potentially devastating storm (up to 4 cm of rain in some parts) that reminds everyone of Saturday’s devastating storm, is surely a mere coincidence.

A couple other favorite comments from the CDT story:

Several events stand out from yesterday’s storm and its aftermath: The first is that the early warning system didn’t actually warn anyone early; the second, that the emergency response was slow to start; the third, that people who drove on the airport highway to pick up stranded passengers were charged tolls; the fourth, that neither the government nor public facilities opened their doors to those in need; the fifth, that drivers stuck in the middle of the road were fined for parking illegally. The only thing that functioned properly last night were the people of Beijing.

We’re told that the above post was censored very quickly.

And now, here are two of the worst political mug shots you’ll ever find, via Sina. The one on the left is this city’s former mayor. Perhaps you would be so kind as to caption them, fair readers? 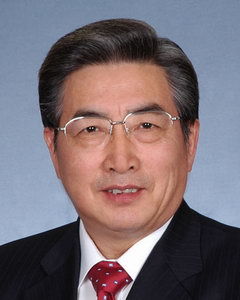 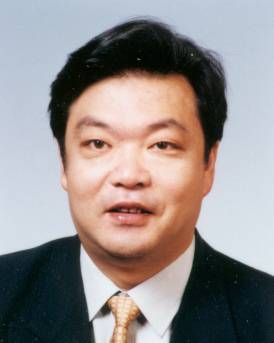 2 Responses to “Oops! Xinhua: “New Round Of Downfall To Hit Beijing” – Perhaps They Mean The Mayor And Deputy Mayor’s Resignation?”