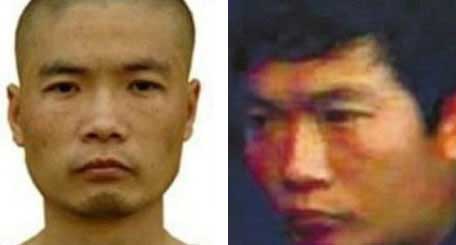 Xinhua News Agency is reporting that the manhunt for serial killer Zhou Kehua, 42, involved in a murder/robbery on Friday morning, is over. Zhou was shot and killed by police in Chongqing’s Shapingba District this morning. Classified as a “class-A” wanted suspect, he had racked up 5.4 million yuan’s worth of bounty on his head over the years.

There are two embedded videos after the jump: the breaking news report of his death, and the scene of his death. There were, as you might expect, dozens of people milling about, with cops waving people forward. We’re sure more videos will surface shortly. UPDATE, 11:32 am: Pictures of his dead body, too. UPDATE, 8/16, 3:18 pm: He is John Dillinger.

China.org, with research by China Daily, has put together this timeline of Zhou’s killings since 2004:

Since 2004, Zhou Kehua is suspected of being involved in a series of robberies and shootings.

One woman was shot dead and another woman injured in a bank robbery in Jiangbei district, in Southwest China’s Chongqing. The suspect took 70,000 yuan ($11,005).

Two suspects shot and robbed a couple near a bank in Shapingba district in Chongqing. A passer-by was also shot. The couple died. The suspects made off with 170,000 yuan.

A People’s Liberation Army soldier standing guard outside a garrison in Chongqing was shot dead. The victim, identified as 18-year-old Han Junliang, was shot twice in the chest with a pistol. The suspect took the garrison guard’s submachine gun and ran.

A 56-year-old farmer was shot dead in a park in Tianxin district of Changsha, capital of Central China’s Hunan province. The suspect used a homemade gun.

A 41-year-old man was shot dead outside a bank in Tianxin district of Changsha. The victim had withdrawn cash and was walking to his car when the suspect shot him in the head. The suspect took 45,000 yuan from the man.

A trading company owner was shot dead in Yuhua district of Changsha.

A 48-year-old businessman was shot in the head and stomach as he got out of his car near a construction site in Tianxin district of Changsha. The man was taken to a hospital and survived.

A 42-year-old man was shot in a robbery in Nanjing, Jiangsu province. He was robbed shortly after he withdrew 200,000 yuan from a bank in the Xiaguan district. The suspect fled the scene by jumping into a vehicle. The victim died in a hospital. 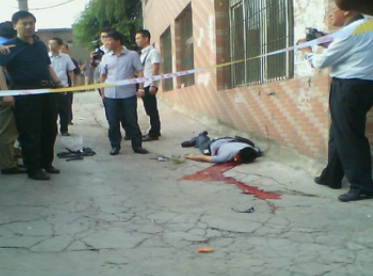 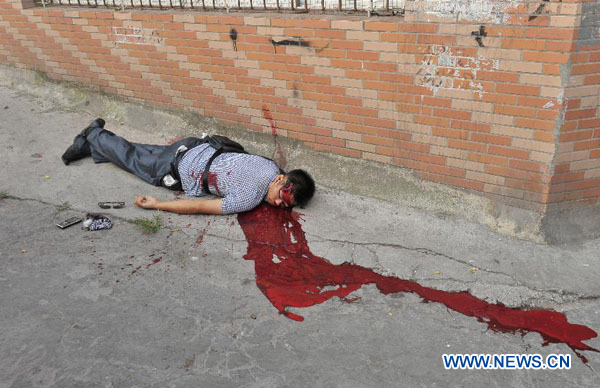 3 Responses to “They Got Him: Chongqing Serial Killer Zhou Kehua, After Nine Murders In Eight Years, Is Dead”