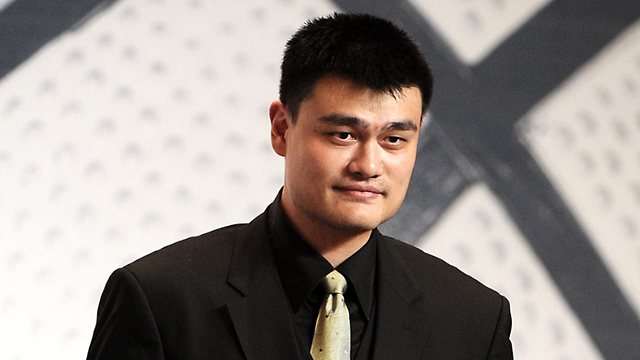 Internationally famous Chinese man Yao Ming has been color-commentating the men’s basketball games on CCTV, but as has always been his case, he’s too intelligent and opinionated to be boxed in by his sport. Very recently, as reported by Reuters, he spoke on the record with Xinhua about the badminton and Ye Shiwen controversies:

“(The) same kind of things happen in basketball. It’s a simple question. Is the match-fixing scandal right? Does a gold medal (mean) more than anything else?”, Yao said.

“People have different attitudes to the Olympics and I must say some sports need to polish the rules. I feel really sorry for the punished players. They are the victims.”

About Ye Shiwen, the swimmer who shattered an Olympic world record, Yao makes a reference to Usain Bolt:

“I can understand the Americans who dominated the pool for decades. It’s a common reaction,” Yao said.

“It happened when (Jamaican sprinter) Usain Bolt emerged and it happened again with Ye.

“Ye jumped out from nowhere to take away the glories that the Americans thought belonged to them for a long time. It’s not a good feeling,” Yao added. “But I think the Americans were not gentlemenly when they said … that.”

On the badminton controversy, I’ll reiterate: you can hate on the players all you want and call their action despicable, but to disqualify them for simply trying to set up a more favorable elimination-round matchup — because isn’t the point of the event to win gold? — is unprecedented, subjective, and rash, and causes more controversy than it resolves. (If a British team was entangled in the controversy, would the BWF jumped straight to disqualification?) There are other ways of punishing players and national badminton federations to discourage players from doing this in the future, though the best solution still remains scrapping the awful tournament format, the blame for which lies squarely with the IOC and Badminton World Federation. The BWF indeed stole an opportunity from the teams it disqualified, specifically the No. 1 team in the world, Yu Yang and Wang Xiaoli, and everyone involved rightly should feel a little more cynical about the Olympics, which deserves to be about the athletes instead of overzealous officials.

We applaud Yao for his comments, and eagerly await his assessment of the winless men’s basketball team.