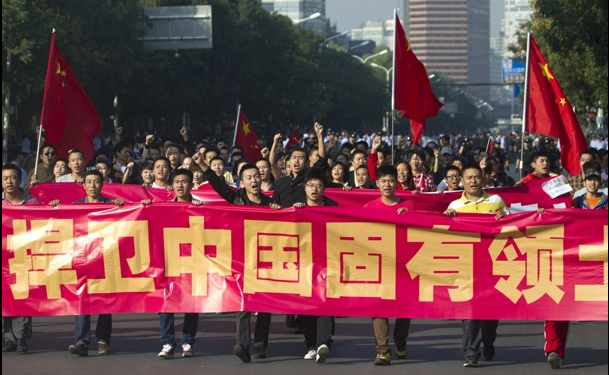 We’ve gone way beyond civil disobedience. Who are the Chinese attacking? Chinese-owned Japanese restaurants, and Japanese people who may call China home, and now journalists. It is, as the proverb goes, shitting on your carpet to spite the neighbor. We’ve seen this line of indiscriminate violence in this country before — it was called the Cultural Revolution. It was bloody terrible.

I realize that the government is in the midst of a “once every 10 years” transition that’s “peaceful” and all that, so they’re busy, but if the leaders of this country want to keep leading the country for 10 more years, they need to get their priorities straight. Surely the Celestial Kingdom isn’t condoning these protests? Yet as surely, they can’t crack down, because would they then be labeled Japanese sympathizers? “We think that the government has been too soft and we want to show it what we think,” Zhang Xin, a 25-year-old protester, told Reuters. “I feel disappointed in the government and it doesn’t heed our voice.”

We’ve always known that the CCP’s grasp on power is somewhere between tenuous and fraught, but could they possibly be toppled by, of all things, this battle over rocks? One suspects they’d plunge the country into war — “heed[ing the] voice” of the people — much before ceding power.

Here’s a roundup of stories about anti-Japan demonstrations — riots, in several instances — raging across China, and in all of these you’ll note a hint of the crazy. We apologize in advance for being unable to give you a definitive account of Japan’s reaction to all this — it’s our impression, however, that the Japanese people are spending their protest energy on domestic matters, and that their government very much rivals the CCP in ham-handedness.

From the above-linked Reuters article:

“If Japan does not back down we must go to war. The Chinese people are not afraid,” said 19-year-old-student Shao Jingru.

Dissident artist Ai Weiwei, who walked by Sunday’s protest in Beijing, told Reuters he believed the demonstrations were sanctioned by the government and the police.

“Chinese citizens need to thank the Japanese government because for the first time, they can mount a large protest on their own land,” Ai said. “In China, there are no protests organized by the people.”

Police used loud speakers to tell protesters – many of whom were shouting “declare war” – they should respect the law.

While it urged protesters not to resort to violence, China’s government has also encouraged the use of economic pressure in the dispute over Japan’s control over the East China Sea islands, called Senkaku in Japan and Diaoyu in China. China’s National Tourism Administration ordered travel companies last week to cancel tours to Japan over the weeklong National Day holiday in early October and promised to compensate any businesses for costs they could not recover, said a lawyer who saw the written order and asked not to be identified because the document is not for public use.

The scale and violence are the worst in recurring waves of anti-Japanese protests since 2005, when lingering grievances over Japan’s occupation of parts of China in the 1930s through World War II brought Chinese into the streets. Since then, China’s economy has supplanted Japan’s as the world’s second largest and its diplomatic clout and military firepower have soared. State broadcaster China Central Television on Sunday showed Chinese naval forces conducting firing drills in the East China Sea, though it did not give a date for the exercises.

South China Morning Post photographer Felix Wong Chi-keung was pushed to the ground and beaten by Shenzhen police yesterday, while covering anti-Japanese protests in the city.

Four to five officers hit Wong’s face, arms, and legs with batons. Wong’s face was swollen and a cloth he used to wipe the blood from his face turned red, as seen in television footage from a Hong Kong news crew.

The Post condemned the use of excessive force and said it would lodge a complaint.

“I was taking pictures of policemen chasing some protesters and suddenly one riot officer approached me,” Wong said. “I put down my camera and put both hands up. I repeated in Putonghua that I am a reporter, but he didn’t heed my words.

“I was pushed down on the ground and then some four to five officers came over and hit me with batons. I kept shouting reporter, reporter, but they didn’t stop. They left when they saw my nose was bleeding.” 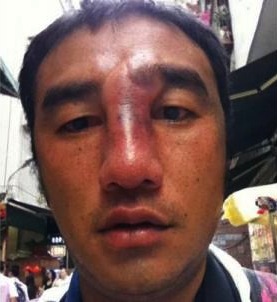 On Thursday, the consulate in Shanghai released another advisory, but this time including six accounts of Japanese residents harassed by locals.

The consulate indicates the incidents may have been in reaction to the ongoing territorial dispute, as well as to reports that three intoxicated Japanese residents stabbed a Chinese woman that is garnering heated comments on the Internet.

The cases of harassment vary in degree, and none appear to have caused major injury. Some were more aggressive than others.

In one, a Chinese person reportedly approached a group of Japanese walking down the street and poured ramen noodles on one and broke the eyeglasses of another.

In another, a person driving an electric car pulled up to a Japanese pedestrian and threw a carbonated drink in his face.

Other Japanese were called “stupid” and had a recyclable plastic bottle hurled at them. In another case, a person was kicked repeatedly after being asked if he was Japanese.

The protests have also spread to Hong Kong. Voice of America:

As tensions between China and Japan escalate, anti-Japanese protests have spread to Hong Kong.  Pro-democracy activists in the semi-autonomous Chinese territory are taking a surprising lead in the pan-Chinese nationalism movement.

An estimated 5,000 demonstrators marched on the Japanese consulate in Hong Kong Sunday.  The demonstration occurred in the build-up to the anniversary this week of the 1931 Japanese invasion of Manchuria.

Panasonic and Toyota factories damaged. What did they do except provide quality products? Business Week:

A Panasonic Corp. (6752) factory and a Toyota Motor Corp. (7203) dealership in China were damaged by fire as anti-Japanese demonstrations spread across the country, prompting Prime Minister Yoshihiko Noda to urge the Chinese government to ensure the safety of its citizens. 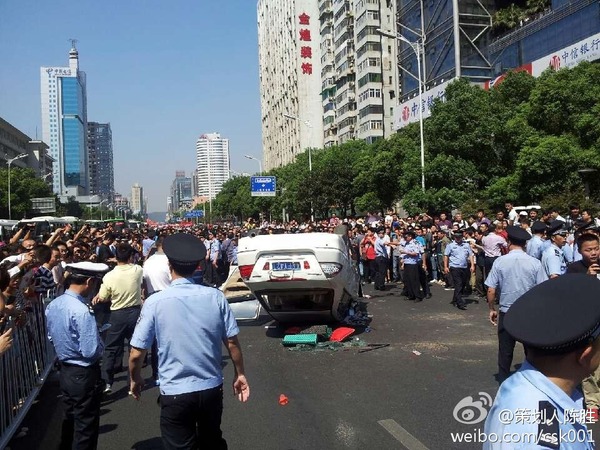 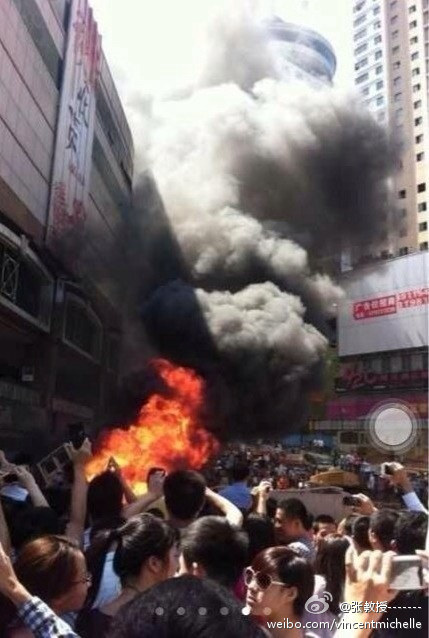 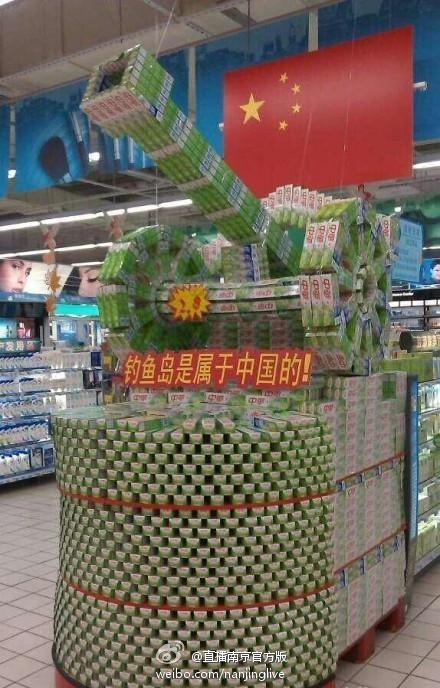 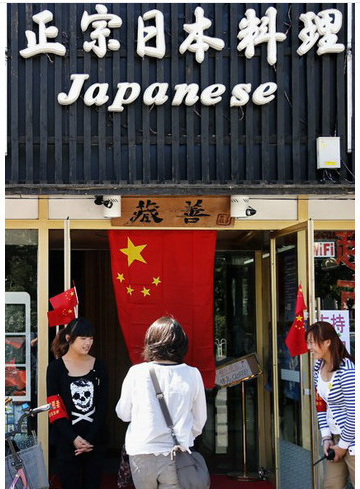 (Hat tip to Reddit China, whose users have really circled the wagon on these protests.) (Update, 6:16 pm: Also see: Ministry of Tofu) (Update, 9/18, 4:48 am: And China Digital Times for more pictures.)

10 Responses to “China’s Anti-Japanese Protests Are, Quite Simply, Getting Out Of Hand”