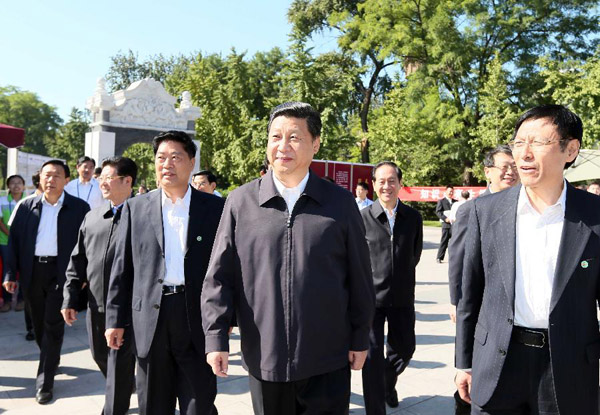 Guess who showed up this morning! After rigorous searching and days of speculation, China’s president-in-waiting made a public appearance at China Agricultural University to mark National Science Popularization Day, according to Xinhua. South China Morning Post adds:

Teachers and students at the university said Xi stayed at the campus for about 30-40 minutes. They said Xi gave an outdoor speech for more than 10 minutes on agriculture technology innovations. They noted that Xi’s voice was “pretty normal” and he appeared in good spirits. Xi also shook hands with university staff and students, they said.

As for why he went missing in the first place, we may never know. Writes China Digital Times:

Exactly what Xi might have recovered from remains a mystery. Recent reports and rumours have variously put his absence down to liver cancer, a stroke, a heart attack, a back injury from swimming or soccer, or other injuries sustained, according to one short-lived theory, in an attempted assassination by traffic accident. Politics have also been part of the mix, however. On Wednesday, Hong Kong-based iSunAffairs claimed that Xi had actually been “working behind the scenes to orchestrate unprecedented political reforms“. The Telegraph’s Malcolm Moore suggested on Friday that Xi may have been busy dealing with bruising criticism from Party elders following an eruption of factional discord.

It’s great that such a powerful man puts so much stock in science though. And really, we’re just happy he’s alive and not debilitatingly crippled. Can we start the Party now?

Here’s Xinhua’s second picture of Mr. Xi, the only other time we’ve seen him in the last two weeks (the first time being the photo up above): 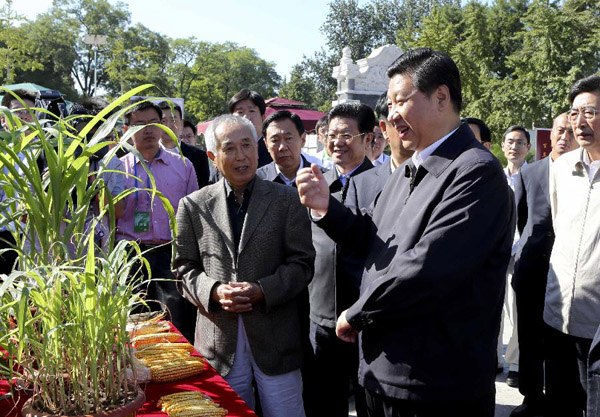 Feel free to caption it.

4 Responses to “Xi Jinping Has Been Found!”