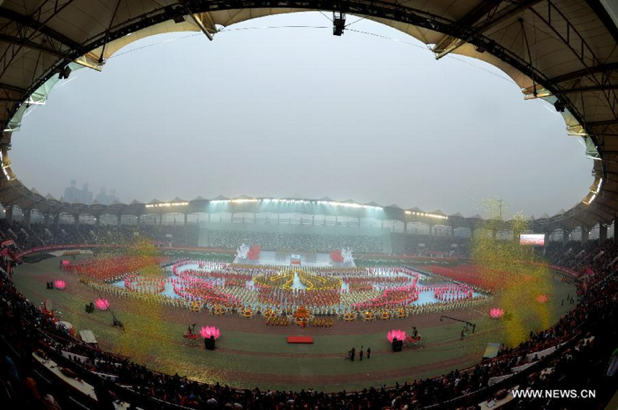 Venerable Shaolin Monastery, known worldwide as a pilgrimage destination for kung-fu devotees and something or other involving Wu-Tang Clan, helped ring in the 9th Zhengzhou International Shaolin Wushu Festival in Hunan Henan province yesterday with an opening ceremony featuring kids in gold paint and performers in various martial artsy poses. You can watch clips from the show after the jump, along with several pictures via Xinhua.

According to the deputy director of the organizing committee, Wang Zhe, 195 martial arts teams featuring 1,500 athletes from 73 countries and regions will participate in the five-day festival, themed, “Making Friends Through Wushu” and “Expanding Foreign Exchanges, Boosting Economic Development” (emphasis on economic development, most likely). The festival “will include activities such as a welcoming ceremony, Wushu competitions, Wushu seminars and a closing ceremony.” No word on whether Rza will be present. 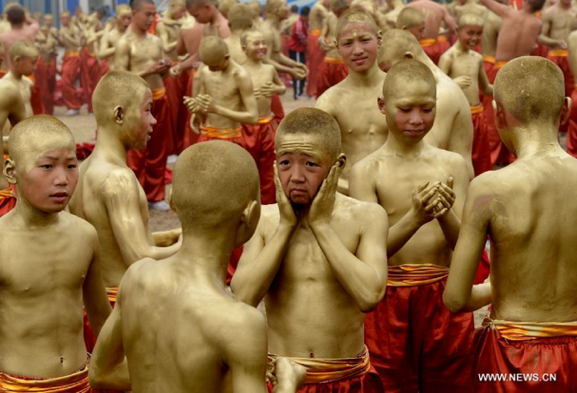 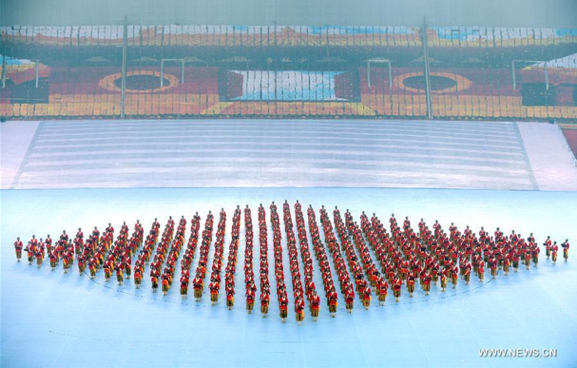 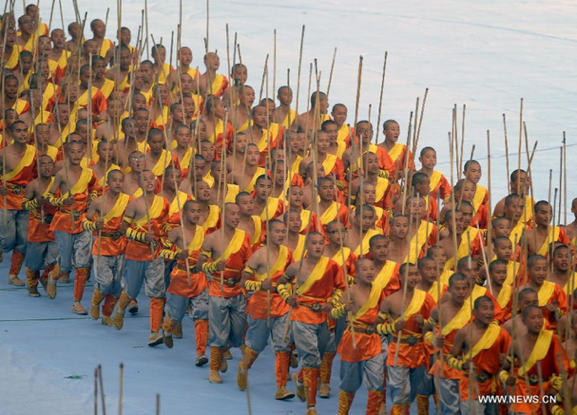 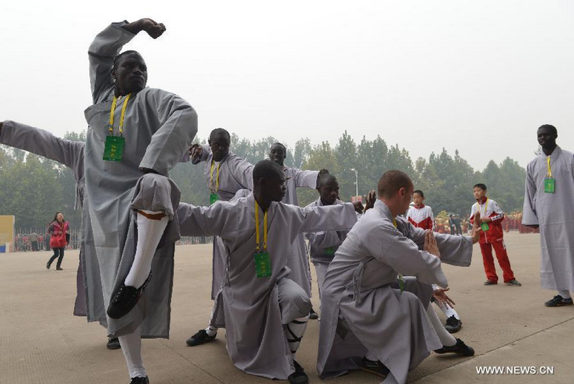 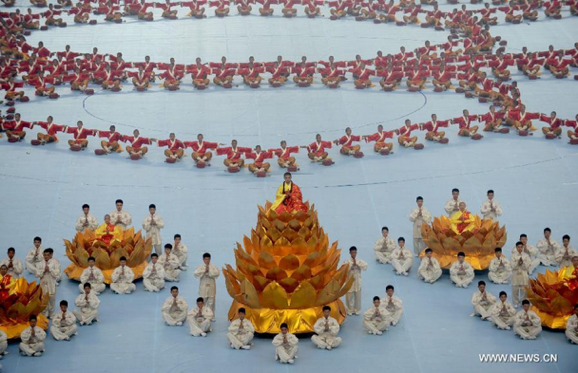 Leave a Reply to Lea