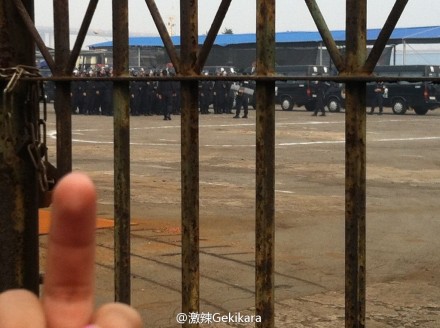 Reuters reports that more than a thousand people gathered in Ningbo, Zhejiang province yesterday to protest plans for a petrochemical plant that is a subsidiary of China Petroleum and Chemical Corporation. And according to the BBC, witnesses said authorities used tear gas and have arrested some people.

Searches on Youku for “Ningbo” turn up nothing. Sina Weibo hasn’t completely censored the incident, but it’s clear they’re not allowing everything, either. We’ll see how fast some of these posts get taken down.

Sorrowful Ningbo… sorrowful China… our thirst for a beautiful and harmonious homeland… I love Ningbo.

And here are reactions from others who are CCed on that thread, featuring a photo of what appears to be a foreign cameraman atop someone’s shoulders:

@J依依_MUSE吧: China’s common people, up to this moment, can’t rely on China, can only rely on foreign media. Bitterly disappointed 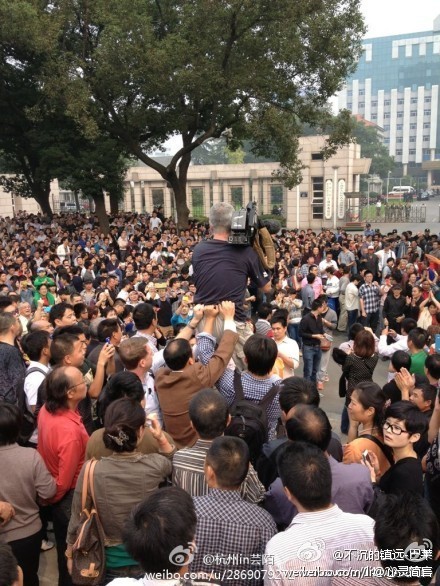 And then there is the picture from the top of this post, from @激辣Gekikara about 30 minutes ago, which show special police in front of Baoshan station clutching bullet-proof shields and anti-riot gear. “Please return to us Ningbo’s students,” the post reads. “Return us those residents who have been seized. Ningbo, don’t be afraid. We are very formidable!” 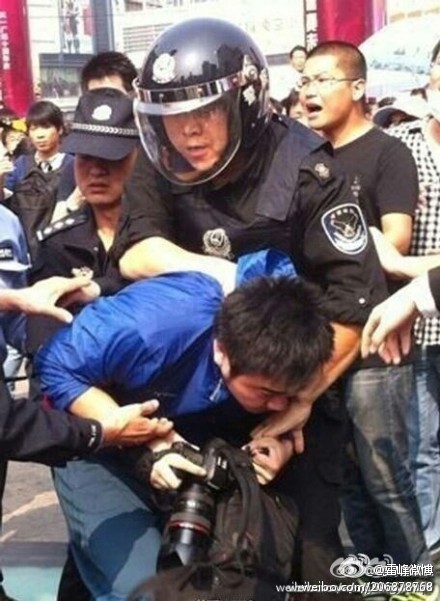 UPDATE, 6 pm: The posts from all the Weibo accounts below except Amy’s have been censored. Also see this post.

2 Responses to “Protests In Ningbo Over Chemical Plant May Get Ugly, Netizens Fear [UPDATE]”