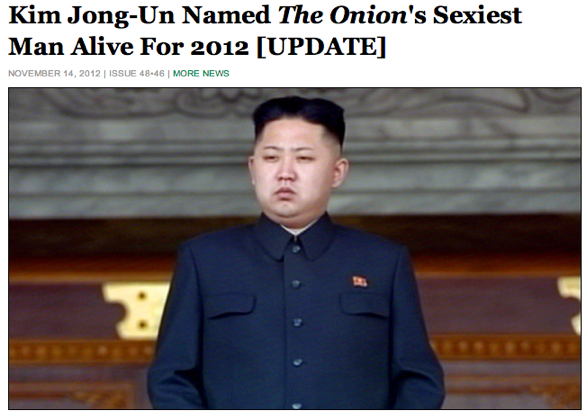 The Associated Press succeeded in getting People’s Daily on the line to answer for its slideshow, “North Korea’s top leader named The Onion’s Sexiest Man Alive for 2012.” An online editor said the 55-pic spread would be taken offline (note: it already has been), and also:

“We have realized it is satirical,” said the editor who works on the site’s South Korea channel, one of the three channels where it was posted. He refused to give his name. When asked whether editors knew the Onion piece was satirical when the People’s Daily item was first posted, he declined to clarify, but added that they picked up the news after first seeing it on China’s state-run Guangming Daily website.

He said that he hoped the incident wouldn’t draw too much attention.

Right, yeah, we hate to break the news, but guy: have you checked your site meter recently? You see that huge, space-needle spike in traffic? That’s the result of you drawing the attention of the entire world, more or less.

The New York Times smartly speculated earlier that perhaps the People’s Daily published its slideshow knowing exactly what The Onion was:

There were signs that someone at People’s Daily might have created the slide show with a subversive wink. The same day, the English-language edition of People’s Daily Online ran a 15-photograph slide show under the headline “ ‘Sex Tape’ Official at Work.”

Now that we know (pretty much, unless there’s serious shenanigans going on) this was a straight-up mistake, let’s take a moment to say this: People’s Daily is not the only major organization to be had by The Onion. In fact, they’re not even the first major news outlet in China. Back in 2002, Beijing Evening News reported an Onion story about the US Congress leaving Washington as fact.

And in the US — where you’d think people should know The Onion by now — stuff like this and this happen way more often than it should.

Some people, as the saying goes, just want to watch the world burn. As The Onion’s Will Tracy, who authored the Kim Jong-Un piece, told the NY Times’s Edward Wong:

And in the interest of fairness, as Samuel Wade of China Digital Times points out:

In fairness to People’s Daily, the Western media did fall for the whole Bo Xilai thing.

Now, before People’s Daily goes back to business as usual posting odd slideshows, let’s take a moment to savor, one last time, the incredibleness that is Kim Jong-Un on a horse: 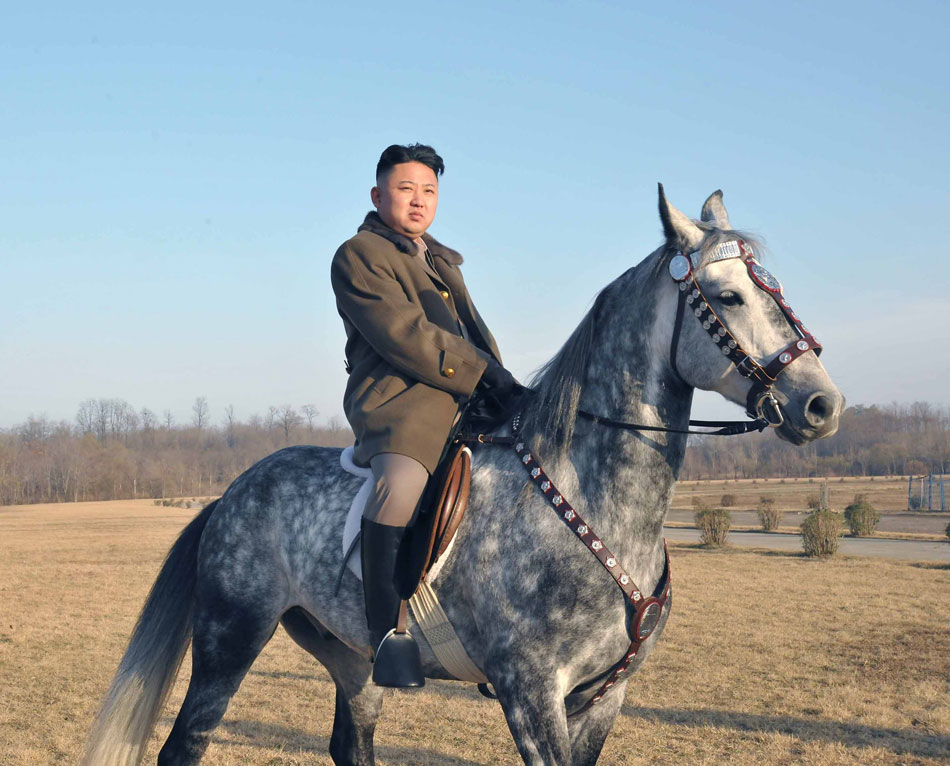 3 Responses to “People’s Daily Admits It Fell For The Onion Spoof, Editor Hopes It “Wouldn’t Draw Too Much Attention””