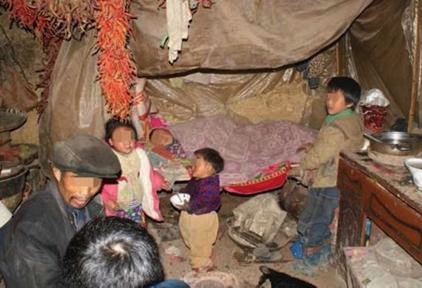 South China Morning Post reports that Li Yuanlong, who first wrote about the five Bijie children in Guizhou province who were found dead in a dumpster on Friday, has been sent on “a vacation,” and it’s clear that it’s not the voluntary kind.

Li Muzi, the son of Li Yuanlong, said his father had been taken away by the authorities at 1pm on Wednesday and put on a plane at Guiyang airport for “a holiday” at a tourist destination he did not want disclosed.

“My father told me he received several phone calls before he was taken away from home,” said Li Muzi, who is studying in the United States. He keeps in contact with his father over the internet and by phone. “Apparently they are trying to prevent him from helping other reporters follow up on the incident.”

By all indications, Li is okay — physically, anyway — and who knows, maybe they sent him to Hawaii. But he’s being extra cautious, going so far as asking his son to delete a microblog entry about his “disappearance.”

[Li Muzi] said his father was worried it could have a bearing on how long he would be kept away from home.

Kept away from home.

It’s not altogether surprising that officials would do this; after all, livelihoods have been affected — the livelihoods of powerful officials, that is. Eight officials have been suspended or fired, including deputy district chiefs – officials chopped after kids found dead, reads Global Times headline — and a previously unheard of township in Guizhou province has been properly smeared.

What we shouldn’t assume is that higher levels of government had anything to do with this, considering no one — and I mean no one — would be dumb enough to think punishing a journalist here would be a good idea. If there’s one thing we know about how business is done in these fourth-tier, hinterland-type counties, it’s that the powerful can do whatever the fuck they want, and someone with some power in this case must have decided to act out on his vendetta.

That person is a piece of shit. Unfortunately, there’s nothing we can do about that, even if the appropriate response is to shove an ice pick up his nose.

The Bijie propaganda office denied the allegation, pointing to a note posted from Li’s bulletin board account that said he had not been taken away and was simply attending to urgent business.

…The Chinese Human Rights Defenders network said Li, 52, had previously served a two-year sentence for inciting subversion of state power and been put under pressure for writing about sensitive subjects.

…[Lawyer] Li Fangping added: “They just want the public to stop paying attention to the issue; they want to use this result [the sackings] to distract the public’s attention – they are not concerned with the causes, the effect and its consequences; they are not analysing this incident; not asking why officials were responsible; not asking what the problems in the system and the emergency response mechanism were. [They] did not mention how to prevent it happening again.

“The officials did not mention at all why it is so common for students to drop out in this district or why there are no NGOs getting involved.”

And Charlie Custer of China Geeks:

But I wouldn’t say it’s really true that higher authorities had nothing to do with it. The central government’s inability to control, or perhaps lack of interest in controlling, local governments fosters and facilitates an I-am-king-around-here attitude in local officials, and that inevitably leads to stories like this. Central authorities didn’t order the arrest of Li, no, but they have fordecades presided over and molded a system that allows local authorities to do things like arrest reporters with minimal consequences, and often no consequences at all.