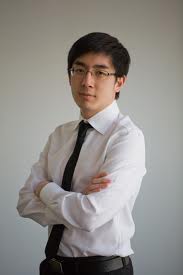 George Ding, the Beijinger’s backpage columnist, has provided us the latest example of why humor articles should never be translated. His recent column, “Why I’m Coming Back To China,” is an attempt at satire, and it wasn’t exactly well received by the Beijinger’s readers, some who didn’t get it (“Is George Ding thebeijinger’s racist-in-residence?”) and some who simply didn’t like it (“brilliant satire… for an LBH” [loser-back-home]).

But then it was punted across the cultural fence, posted to Caijing’s Sina Weibo, et al., and the vitriol has been multiplied. As sent in by a tipster this morning:

Caijing’s Weibo picked up on it and the reactions are not pretty, not pretty at all. Weibo also didn’t care to mention that George’s surname is Ding so of course the “white men are only here to take our women and jobs” reactions are all in evidence as well.

The Beijinger’s editors have noticed too. Seemingly overnight, the number of post views on Ding’s column jumped over 12,000, which is 12 times higher than the next highest non-Ding post. Iain Shaw writes:

The first bloggers who translated George’s piece into Chinese, Fei Xionghao (飞熊号) and Yao Hong’en (姚鸿恩), seem to have seen the humor. However, when Yao reposted his translation to web portal 163.com’s education channel, things started to get out of hand. Over 4,000 readers viewed the page, with over 200 comments posted, and many of those failing to realize that the “laowai loser” depicted in George’s piece was a fictional creation bearing no resemblance to George himself and – we really hope – little resemblance to any foreigner living in Beijing.

About that, though. Let’s look at Ding’s column. Read these sections without context, as if you were Chinese. Pretend you have no idea who George Ding is, or what he’s written before. Pretend you’re seeing it on a site — either 163’s education channel, Caijing, or the Beijinger — that is otherwise devoid of satire:

Another reason is that I couldn’t find a job worthy of my extensive resume. Most employers didn’t give a lick how much China experience I had, and those who did were surprised that I didn’t pick up Mandarin in the five years I spent in Beijing. As if a language made up of squiggles is that easy to learn. In the end, I couldn’t even get a job teaching English in the States, because apparently you need like a Ph.D or something.

Honestly, I thought I’d feel more at home back home, but let’s just say that home wasn’t exactly where the heart is. In fact, being home is downright unbearable when your parents are constantly nagging you. When are you going to get a job? When are you going to move out of the basement? Did you take $40 from the cash drawer?

If I’m being perfectly frank, I also missed not being the center of attention just because I was foreign. I hadn’t counted on the fact that going back to my home country meant that I was not going to be a foreigner at all.

Shaw, along with all of us, might wish there weren’t foreigners like this, but there absolutely are, and if you were being honest, you’d probably admit to knowing one or two of them. It’s a lousy type of laowai, for sure, and Ding — who I know personally — is absolutely not this type. But Chinese readers can hardly be blamed for getting upset at recognizing this characterization.

Ding’s mistake is not that he was joking, but that he didn’t take the joke far enough. In other words, he failed to accomplish the first aim of satire, to be “a sort of glass wherein beholders do generally discover everybody’s face but their own,” according to Jonathan Swift. We do see “our own” metaphorical face in his column, and it’s ugly and not funny. Readers aren’t asked to take the next vital step of refuting that reflection, and unfortunate as it may be, the author will not be saved by throwing up his hands and proclaiming, “Satire, everyone!”

By the way, I can tell you Ding is a genuinely nice guy who deserves none of the ad hominem attacks on his person. I’m sure if he did it again, he’d use a pseudonym, as satirists — most notably Swift — usually do (a name like “Butcher McGraves” would have helped drive home the joke). Also, he was kind enough to email me his response:

I guess I’m astonished first of all. I wrote the first piece as a joke, poking fun at all the “Why I’m Leaving China” pieces. I wasn’t trying to antagonize anyone. I’m writing for Kitto’s former magazine and I’ve written for Charlie Custer as well. I thought mine was worth a chuckle and didn’t think anyone would care, but that blew up into a discussion of my identity without my input.

The second piece was kind of “doubling down.” I wanted to see just how far I could push satire and test the gullibility of people. Again I never thought it would become a big deal. I even told my editors, I don’t think this will be as popular because it’s like telling the same joke twice.

I am astonished and a bit disconcerted by the reaction. Okay, Chinese readers, I get that satire might get lost in translation. But come on people, have some skepticism. Am I really going to feel self-conscious when cars stop for me or steal money from my parents’ petty cash drawer?

But I guess that’s the nature of the Internet and the dubious honor of being a small center of attention on it. I’ve learned a lot from this experience (this is the most attention I’ve ever gotten for my writing and I anticipate it’s only downhill from here) so I guess my ultimate emotion is gratitude. I’m grateful to everyone who read it, no matter what reaction they had. I’m grateful to those that understood and enjoyed my humor. I’m grateful for those that rushed to my defense. But most of all, I’m grateful to my friends for knowing and believing in who I truly am.

He can take solace though: he’s in good company, on both the Chinese and Western side.

POSTSCRIPT: I also got in touch with China Daily Show. Its official reply:

I’m not surprised people are annoyed –  this story is nearly six months old. Oh I get it, it’s a joke about the ageing print-media news model.

12 Responses to “Another Case Of Satire Lost In Translation… Or Is It? Netizens Slam The Beijinger Columnist George Ding”