The above video of an unnamed young woman pole dancing in a Wuhan subway carriage recently hit the Internet, and as you can imagine, it’s well on its way toward viraldom. A Chinese journalist did some digging and discovered that three weeks ago on Sina Weibo, some netizens were calling for exactly this type of activity, with one commenter posting, “Later, it won’t be uncommon to see dancing on the subway.”

Alas, Wuhan’s metro authority issued an announcement on Saturday that it did not approve, nor did it formally invite this pole dancer to strut her stuff. A spokesperson said they don’t promote this kind of thing because it disrupts the subway’s “normal” order and staffers’ work routine.

Totally, right? (Look at that dude in the background trying to be nonchalant about snapping a cell phone pic at just that moment…)

However, the spokesperson added, Wuhan metro also doesn’t oppose people expressing their individuality. This girl certainly has that — although we should point out, it’s not the first time women have danced around poles in the subway.

But is this one better or worse than these Guangzhou pole dancers? As always, you decide. 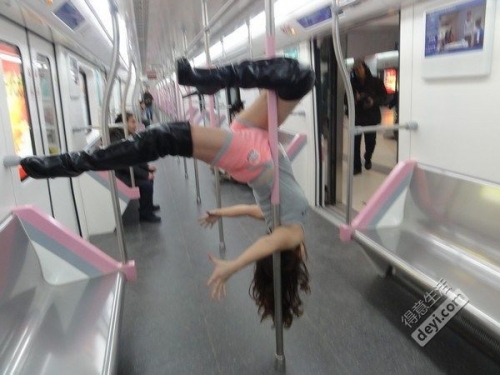 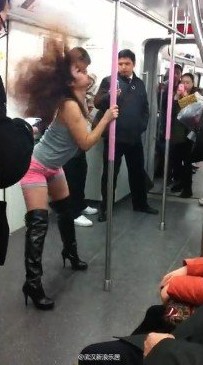 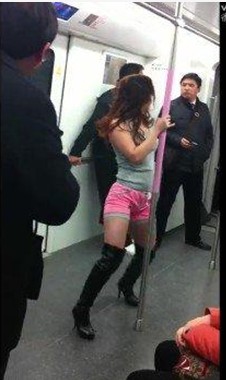 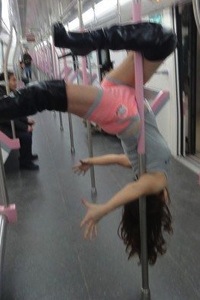 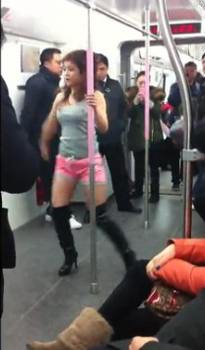