The idea of falling down a hole and disappearing off the face of the earth is cartoonish, reserved for Warner Brothers animators, or the fear of an imaginative child for whom laws of physics have yet to squeeze order out of the world’s underbelly of extravagant possibility.

In China, however, the idea of falling down a hole and disappearing off the face of the earth is real. It happened on Friday night, in Changsha, Hunan province, when a 21-year-old college student caught outside during a torrential downpour fell into a six-meter-deep hole, and is now lost. Her body could be in the sewer system, or swept into the river; no one knows.

“We have searched the city’s sewers three times, but so far we have found no trace of the woman,” Zhou Gang, head of sewer and road maintenance in Tianxin district, told China Daily on Sunday.

More than 30 rescuers began searching early Saturday for Yang Lijun, a senior majoring in jewelry at Beijing Nationality University, with residents holding candlelight vigils. It’s all been for naught.

According to firefighter Yang Xing, the outlook is bleak.

“It (the water speed) was too hard to handle when we got here, so we asked for specialists to help,” he said. “But they also had difficulty going into the drain.”

An hour and a half after China Daily published its article yesterday morning, Shanghai Daily reported that authorities had called off the search.

More than 200 rescue personnel in Changsha have searched the sewer system, sewage water pumps and even the Xiangjiang River where storm water was drained but failed to find 21-year-old Yang Lijun.

“We’ve searched 45 manholes and some corners along the pipes,” said Gong Chengping, a spokesman for the Tianxin District government of the city. “We’ve searched many times but didn’t find her.”

Yang reportedly left a message for her mom on Friday: “Mom, I’m still out playing and I’ll talk to you later when I go back.” After she went missing, “I couldn’t sleep. My heart is in pain every second,” Yang’s mother, Fu Shunxiu, told Shanghai Daily.

Yang and friends were walking in a single-file line in floodwaters 30 to 40 centimeters deep when Yang fell into a manhole and “disappeared.” The manhole cover was believed to have been swept away by floodwater.

We’ve seen cars eaten by roads, people fall through collapsed sidewalks (sometimes on video), and now this. We’ve also seen people hit the streets to play in heavy rain before, too; perhaps, all things considered, it’s not the best idea. 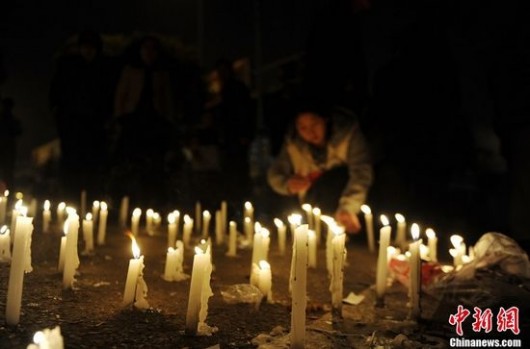 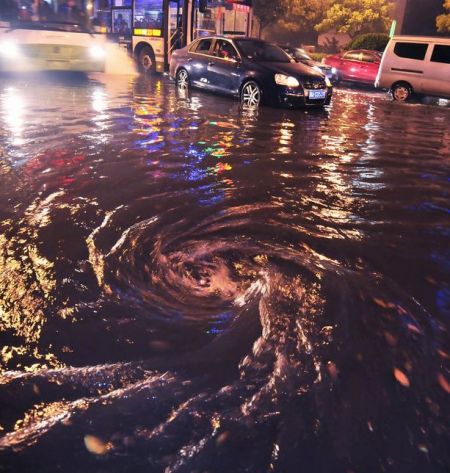