At the start of this POV video taken at Wednesday’s protest near Jingwen Shopping Mall in Beijing’s Fengtai District, the people chant kangyi, “protest.” As a collective they rock back and forth, like a wave. It surges in fits and starts, apparently toward uniformed officers. There is safety in numbers — civilians outnumber cops — so individuals feel little hesitancy to shout whatever they please.

But there is also a kind of muted chaos. The occasional peals of protest are not what one would call violent or scary. At the 2:12 mark, a voice close to the camera implores — again, without conveying any sense of danger — “Stop crowding, move forward, move forward” — something you might hear in a subway station during rush hour. At the 2:30 mark, a voice says, “They’re fighting, they’re fighting.” “They’ve stopped again.” “They’re fighting.” “They’ve fought twice!” More shouting. And then some meandering.

“There’re too many people!” one young-sounding man says. There is a lot of watching and filming on cell phones. “They’re fighting again, fuck!” a man says, but we don’t see any of it. Officers mingle with the crowd, which forms bubbles of various sizes and shapes before dispersing and coming together again, maybe. There is laughter toward the end, as if all this were a spectacle.

It is, really: a spectacle. One can’t help but get the feeling that the crowd mostly comprises those who, on their separate ways, happened to spot a group of impassioned and purposeful people convened at the front door of a busy shopping mall and decided to check out the fuss. Whatever inferences we want to draw about the level of pent-up anger and frustration of “the people” which might cause a small gathering to snowball into a mass rally and then into a — dare we say it? — revolt, we draw at our own risk. The evidence is not in this video, that’s for sure.

Then again, the video is only one point of view. We don’t know what octave of protest could be heard in other parts around Jingwen, or how high emotions ran. We don’t know if, somewhere in the crowd, a riot cop lost his bearing, or a bereaved relative lost his cool. There was a large, notable gathering on Wednesday late-morning/afternoon in Beijing, that’s all we can be sure of at this moment. Now it is nightime, with most people almost assuredly back home. We’ll wait to see what the morning brings.

The above video was uploaded nine hours ago to Tencent, tagged “Leap off Jingwen building” (flagged by China Digital Times).

Bill Bishop has also tweeted a link to more pictures via DWNews.com. Sampling a few below: 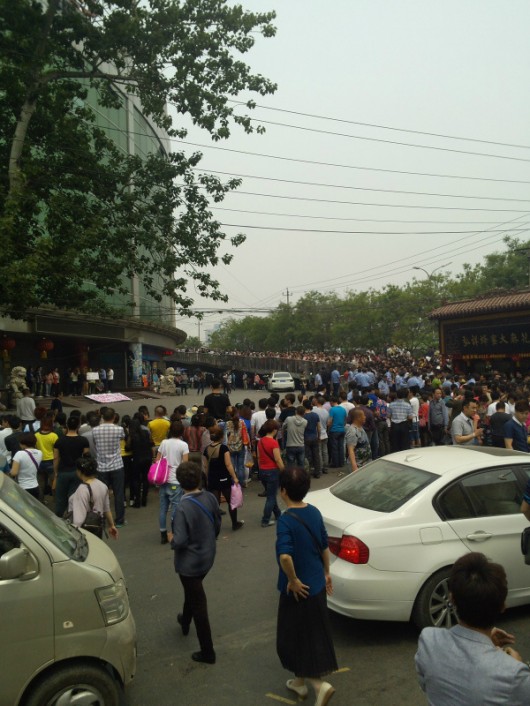 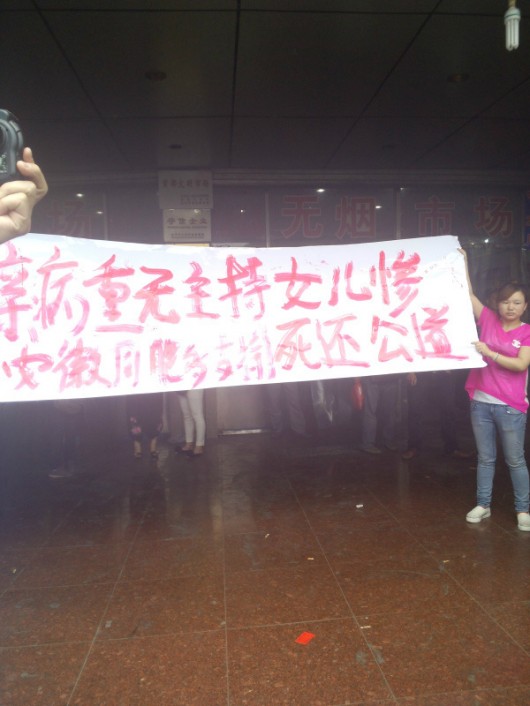 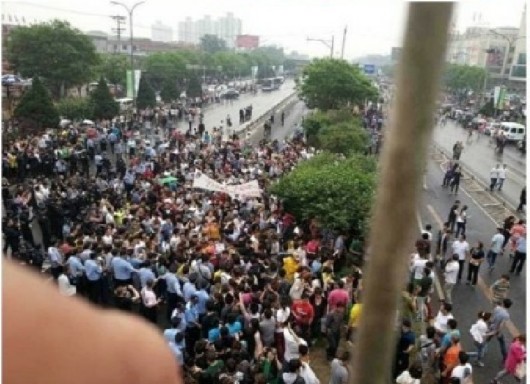 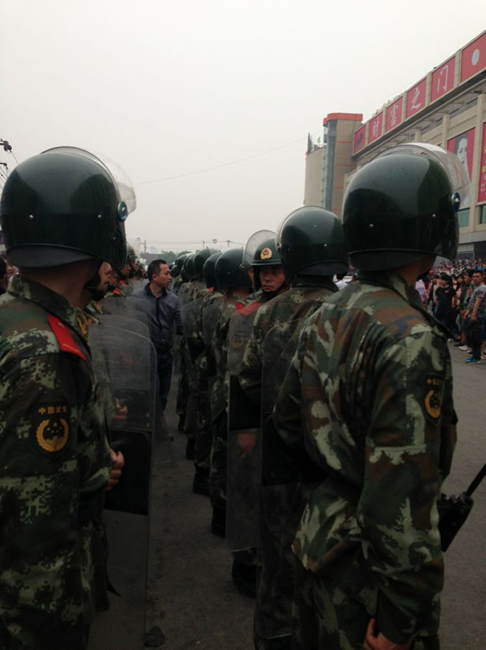 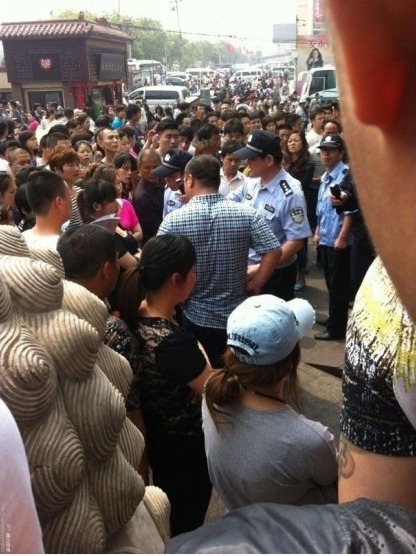 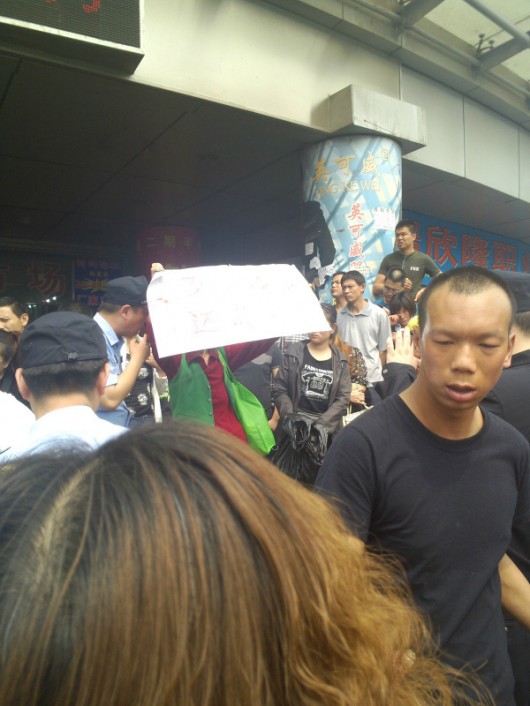 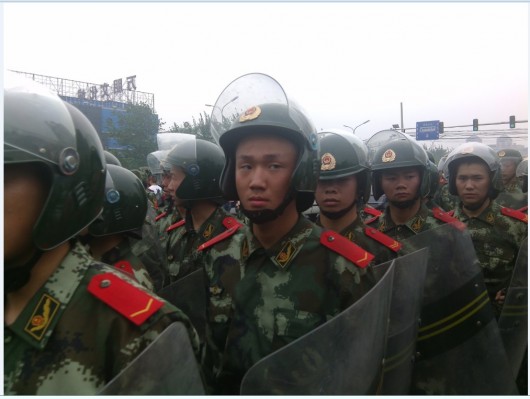 May 10, 12:40 pm: Police have made an arrest in the case of the Anhui girl whose death ignited the protest… but not the arrest you’d expect. New York Times: “Woman Is Arrested In Rape Rumor That Ignited Beijing Protest.”