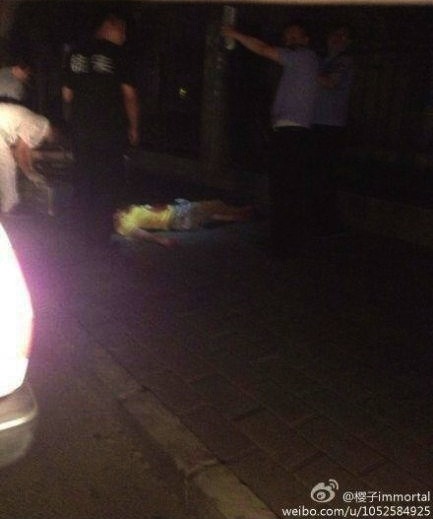 On Tuesday night around 10 pm, a young woman was attacked by two men near the subway station at Communication University of China, according to eyewitnesses. Police rushed to the scene. Thirty minutes later, an ambulance transported the victim to the nearest hospital, where her condition is currently unknown.

Other details are sparse, but nearby students said the road on which the woman was attacked is short on lighting.

At some point, we’ll stop posting every stabbing we hear about, lest you begin to think Beijing’s actually dangerous. (A reminder of the stabbings from this past month: Chaoyang Joy City, Carrefour, Jingkelong.) But senseless violence happens in every city, even this one, where a person would typically not think twice about walking through a dark hutong at night.

More information about this CUC stabbing as it becomes available. In the meantime, some pictures via Sina Weibo: