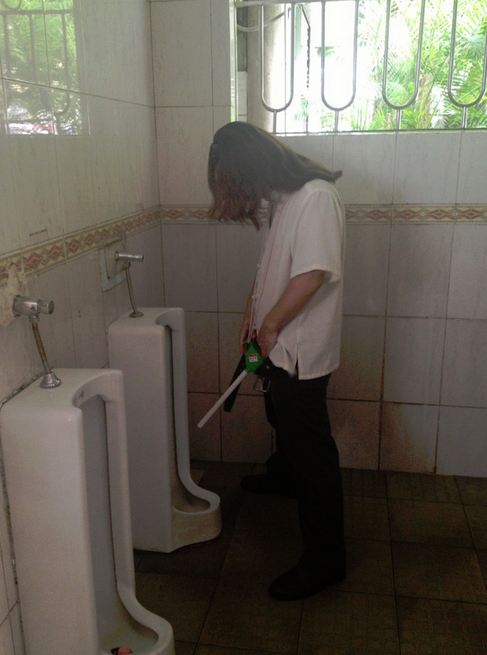 A key to entrepreneurial success is being unafraid to be great while also being unafraid to fail. The “pee straight funnel,” without a doubt, will fail as a commercial item — but that doesn’t mean it’s not great.

Last month, Shenzhen issued an ordinance — largely symbolic, we figured — requiring men to pee inside the urinals in public bathrooms, presumably because men, for sundry reasons, have difficulty doing this. Those who continue to fail at this basic life task may be fined up to 100 yuan.

Recently, migrant workers in the city have sought to capitalize on this. Check out the “pee straight funnel” (via The Nanfang), which, well, just look at it. Note how long it is. By using it, you’re basically escorting your urine on a red carpet from its source to its destination. Not one drop spilled. (Unless you pull out early, so don’t do that.)

It costs only 10 yuan per unit. We don’t think you should reuse it — where would you store it? — but that’s a possibility.

You could also, you know, take a step closer to the urinal. But there’s a vicious cycle at work here, of course, since the closer you get to the urinal, the more likely it is you’ll step on urine; the farther you stand, the more urine accumates underneath.

A funnel. That’s the answer.