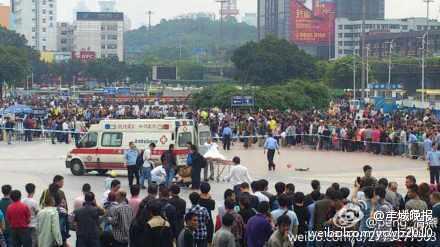 Six people were injured by knife-wielding attackers around 11:30 am today on the plaza in front of Guangzhou Railway Station. They’ve been sent to the hospital, but their conditions are unknown. A People’s Daily tweet from 12:54 pm claims there were four attackers. State media reports that police fired shots at the attackers, hitting at least one of them.

The pictures that appear here are via Hexun and social media. More info as it becomes available.

This is the third attack on a Chinese train station since March, and the second in the past seven days. Last Wednesday, three were killed and 79 wounded in an attack reportedly by religious extremists at South Railway Station of Urumqi (two of the dead were apparently suicide bombers). On March 1, knife-wielding assailants, later identified as Xinjiang separatists, killed 29 civilians and injured 130 others in Kunming Railway Station.

UPDATE, 3:34 pm: A gentleman surnamed Yang witnessed both the March 1 Kunming attack and today’s attack in Guangzhou. As Nandu reports, he had just arrived from Kunming to Guangzhou via train K366 this morning when a young man in a white cap brandished a knife and lunged toward him. He ran. Two hours later, he was “paralyzed” on the plaza, dazed and not sure what to do.

When interviewed by Nanfang Metroplis Daily afterwards, Yang said: “I don’t know why I am so unfortunate. On that day (of the Kunming attack), I was seeing my friend off at the train station when I heard people saying someone was attacking people. Today, just as I walked out the station, the same thing happened again.” The attack was so traumatic that Yang ran and hid in a branch of the China Post located in the west corner of the station. Yang sat there for two hours before he recovered. “I saw the attacker slash a man’s neck. The man covered the wound with his hands, but it was dripping with blood,” Yang recalled.

Also, here’s a video of police subduing the attacker (apparently only one, not four): 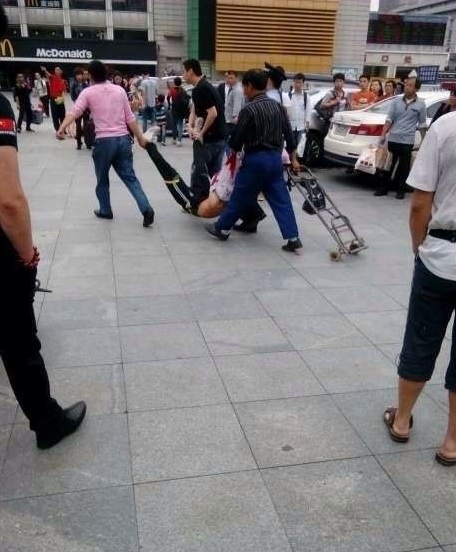 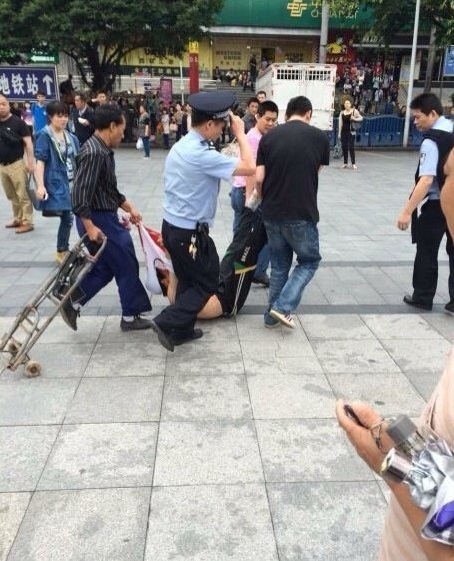 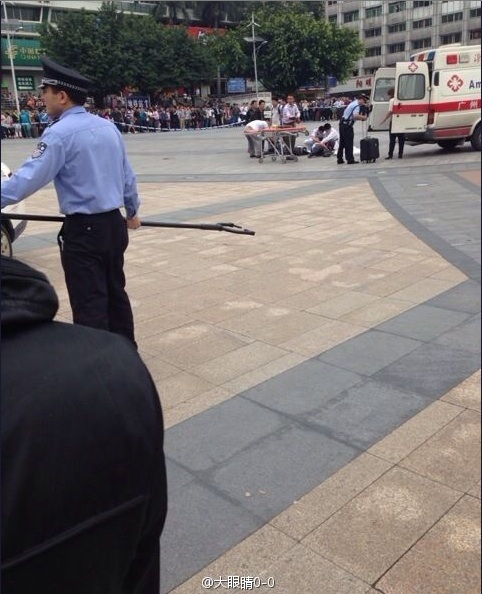 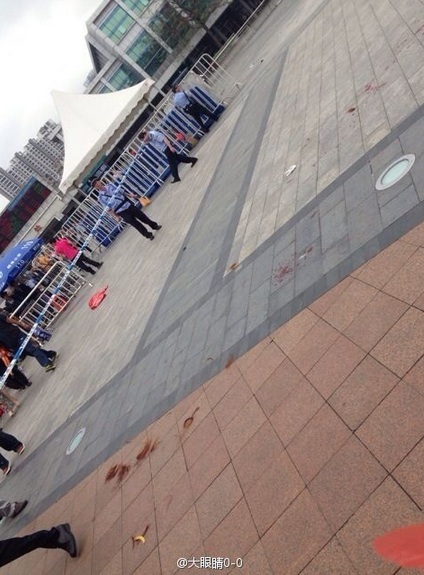 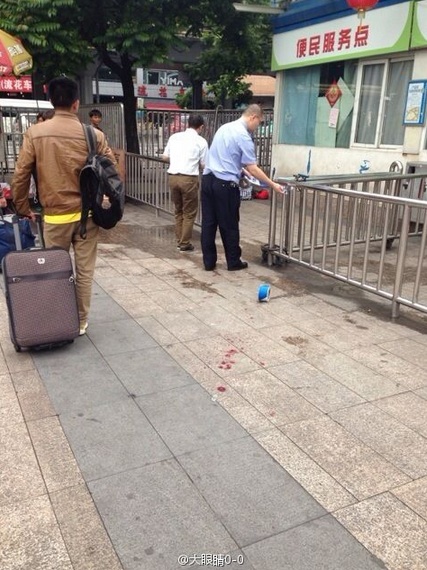 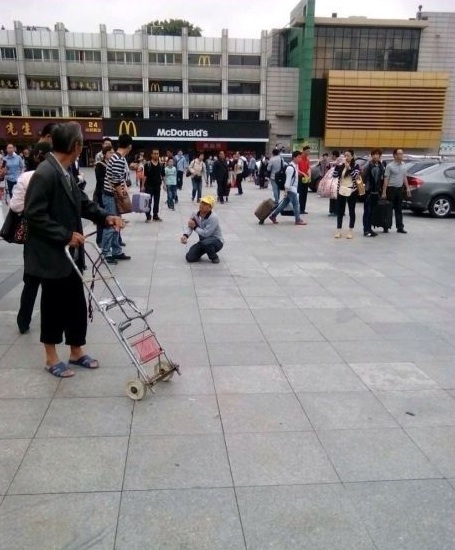