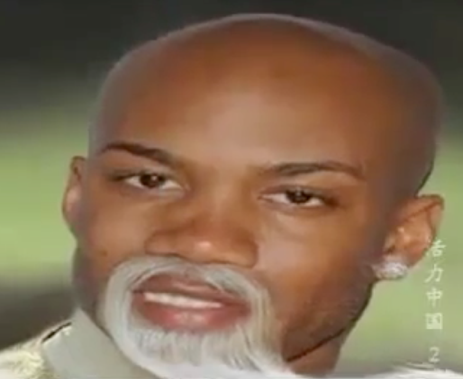 Via CCTV special about Marbury

I’m sure we all remember the post-game fracas in Taiyuan, Shanxi after Sunday’s game, so we’ll jump straight to Stephon Marbury in his own words in his weekly China Daily column:

I couldn’t believe this. Yes, I had experienced opposing fans throwing stuff at us before while on their home basketball court. But, I never thought this would happen during a CBA semifinal game.

I would never hit a fan and the guy who claimed that I kicked and hit him mistaken me for the police. That experience was just that an experience. I would rather leave it at that. Sorry, but I’m going to let this die with time.

Note the exceptional use of the exclamation marks as he continues:

They beat us in the first game of this series. But we beat them the next two. I scored 52 points in Game 2, which was a career CBA playoff high for me. Then, I followed up in Game 3 by scoring 53 points! They won Game 4.

Now, Game 5 will be played on our home court!

What can fans do?

Hopefully, you will also show your team spirit by sporting your “Love Is Love” Starbury white T-shirt or just wearing a plain white tee.

Plain white tee? Have you seen how people dress at CBA basketball games? It’s a lot like how they would dress outdoors, in the cold, because there’s no heating inside arenas. Oh look, here they are outdoors after Sunday’s game (photos via Sina): 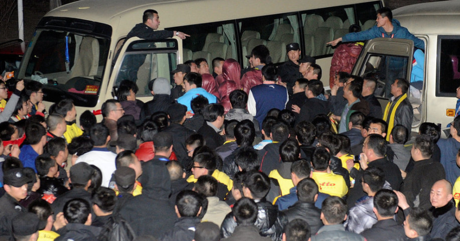 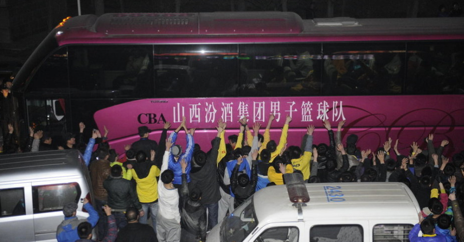 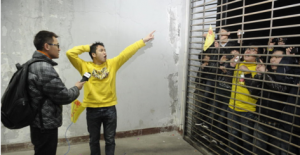 This is the fan that accused Marbury of attacking him.

5 Responses to “Marbury: Game 5 Tomorrow ‘Will Be All-Out War’”