On Sunday, a Jilin province-based ginseng association was holding a promotional activity in Beijing’s Chaoyang Park when environmentalists brought its event to a sudden halt. Before being intercepted by park security and escorted out, the young protesters made it known that ginseng mining destroys forests. At least one woman was topless, drawing all the cameras. Poor guy shouting slogans in the background had no chance.

In the interview at the end, one young man says, “Plant one patch of ginseng, destroy one patch of forest. If you don’t believe me, go to Jilin and see for yourself.” Youku video for those in China after the jump, plus pictures. 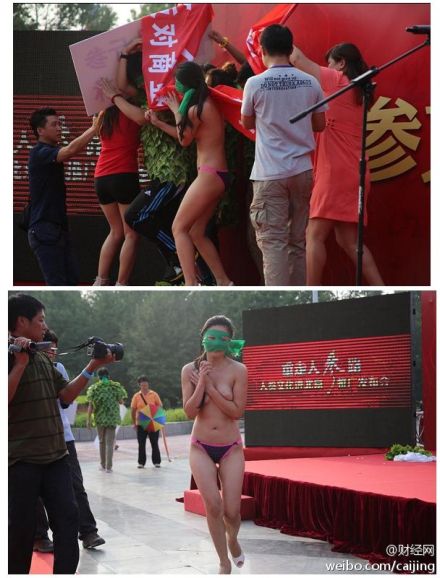 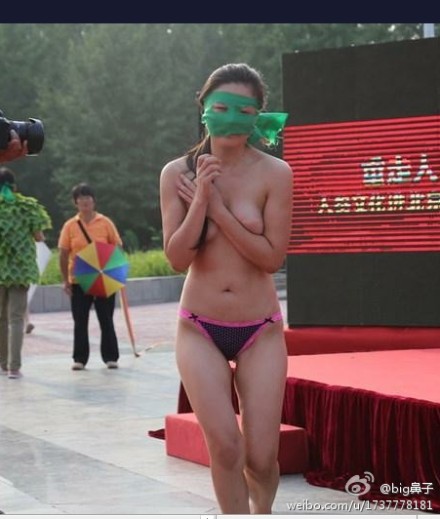 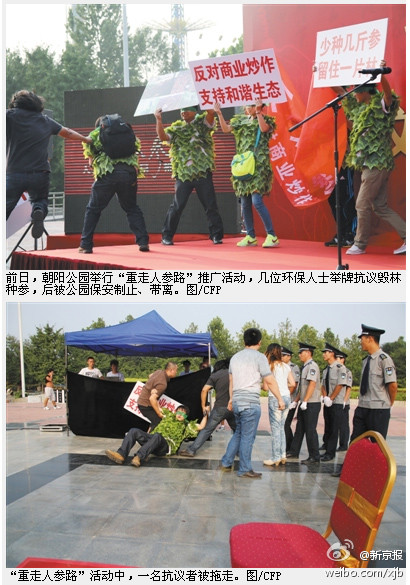