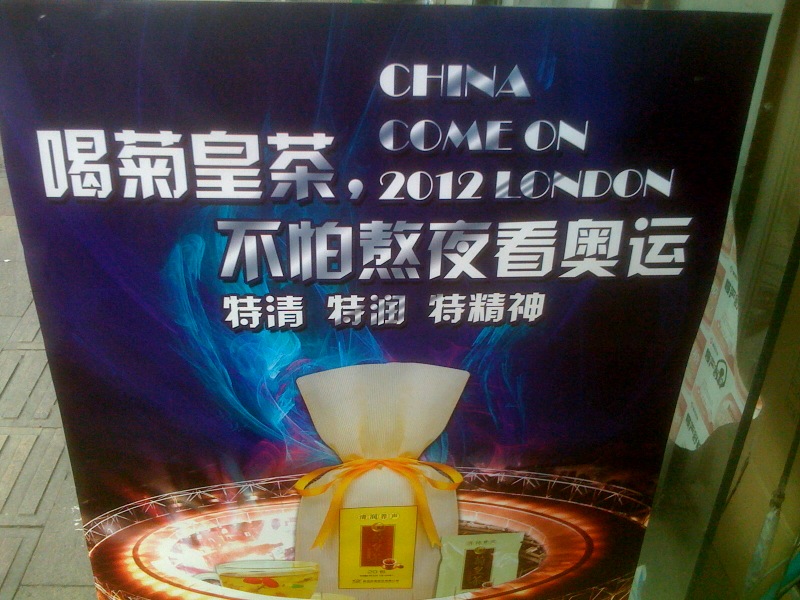 Just like that, the Olympics are over. As we look back, here’s our list of the 10 most noteworthy China-related stories from the London Games.

1. Liu Xiang fails. Crumbled in a heap. CCTV commentators weren’t sure how to react, so one of them cried. Sports broadcast journalism has rarely been lower.

2. Ye Shiwen is too good to be believed. Not long after 16-year-old Ye Shiwen defeated American champion Elizabeth Beisel in the 400-meter individual medley with a stunning final leg, American swim coach John Leonard went off on a rant to the Guardian about how Ye cheated. Leonard’s pontification tainted Ye’s win and reminded us that all feel-good stories have a flip side, and that flip side is a green-eyed monster of cynicism and self-interest.

4. Shuttlers Yu Yang and Wang Xiaoli, among others, disqualified for intentionally trying to lose. We’ve said more than enough on this topic already. Start here if you need to catch up. If you’d like to add your voice to the conversation, our post here‘s the place to go.

5. Gymnast Chen Yibing, the “king of rings,” loses after his perfect rings routine, somehow. After being edged by Brazil’s Arthur Nabarrete Zanetti by 0.1 points, Chen remained more than gracious, but gymnastics head coach Huang Yubin wrote in a letter to Sina that the result marked a “dark night in the history of gymnastics” and an “injury to every one in the world who loves gymnastics.”

6. Lin Dan beats Lee Chong Wei. In a riveting men’s badminton final at Wembley, Lin Dan proved he is the best in the world — possibly of all time — by beating Malaysian rival (and friend) Lee Chong Wei in the maximum three sets.

7. Diver Wu Minxia — part of China’s diving “dream team” — became the first diver to win synchro gold at three straight Olympics, but it was a report that her father hid from her news of her mother’s cancer that grabbed headlines.

8. China sweeps ping-pong gold, with Wang Hao stealing the spotlight. The ease with which Chinese ping-pong players are winning has turned off some Chinese fans to the sport, but there was still ample suspense in the men’s singles final, when Zhang Jike took on fan favorite and veteran Wang Hao, in search of his first-ever Olympic singles gold despite a prolonged stretch as the world’s best player. He came up short yet again, becoming the first player to win silver medals at three straight Olympics. In an emotional interview after the men’s team competition, he hinted that this might be his final Olympics.

9. Cycling judges decide to not reward best women’s cycling team sprinters with gold. We’re still pretty confused as to what happened at the Velodrome on Thursday, so we’ll just post this AP report:

Cycling’s world governing body spokesman Enrico Carpani said in an email to The Associated Press that there is no longer an appeals process in cycling, so “nothing else will happen in relation with this.”

“But the race jury president has absolute power,” Morelon said. “You can’t attack his ruling. He just gave me a vague explanation, claiming that he was in a hurry because of the other competitions. I asked him to see the video footage of the race on slow motion, but he refused.”

In a hurry? (Olympics judges are really weird sometimes.)

10. China men’s basketball goes winless in Olympics for first time. It’s not just that the team went winless; it’s that none of their contests were close or particularly fun to watch, with the exception of the first game vs. Spain. The only game I missed was the final one vs. Great Britain, and I’m glad. The hosts won in a 90-58 rout, ignominiously ending the Olympic careers of several of China’s players.

Honorable mentions: Weightlifter Wu Jingbiao cried after winning silver and had to be consoled by his interviewer; Qieyang Shenjie became the first Tibetan to win an Olympic medal; a Yunnan paper called weightlifter Zhou Jun a “disgrace” for not winning gold, then apologized as the country appeared to begin to deemphasize winning.

Agree or disagree with the list? Think we missed something? Let us know in the comments.