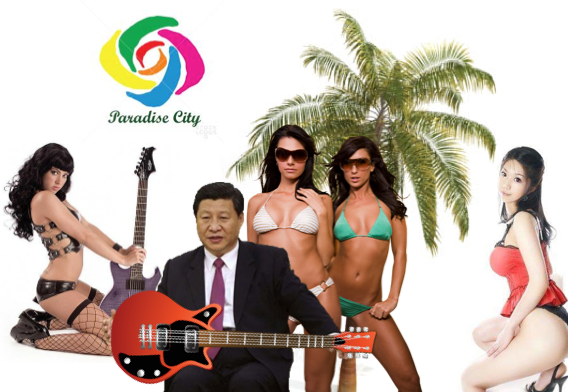 Presumptive Chinese president Xi Jinping has gone missing. He cancelled high-level meetings with Hillary Clinton and Singaporean Prime Minister Lee Hsien Loong last week, and HOLY CRAP FREAK OFF PANTS OFF. Normally rational media organizations such as the Associated bleepin’ Press have published sentences such as, “More dramatically, the U.S.-based website Boxun.com cited an unidentified source inside Zhongnanhai as saying Xi was injured in a staged traffic accident that was part of a revenge plot by Bo [Xilai]‘s supporters in the security forces.” Whoa and nelly. Is it that easy to start a rumor? We should all have a go: “According to an unidentified source, Xi Jinping is a Pastafarian sympathizer who loathes tea. He regards his wife with cold eyes. Also, he has not clipped his toenails in nearly a decade.” Reuters, you gonna pick any of this up?

Scant few in China are discussing Xi’s whereabouts, but Boxun and AP (et and alia) have indeed raised a good question: where in the bloody world is that handsome devil Xi Jinping? We asked the same on Twitter, and you answered…


Rockapella, you say? Yeah, I think we can do that:

P.S. We thank the masterful Joshua Rosenzweig for the headline (h/t Brendan O’Kane). This:

6 Responses to “Ain’t No Sunshine When Xi’s Gone: The Quest To Find China’s Future President”