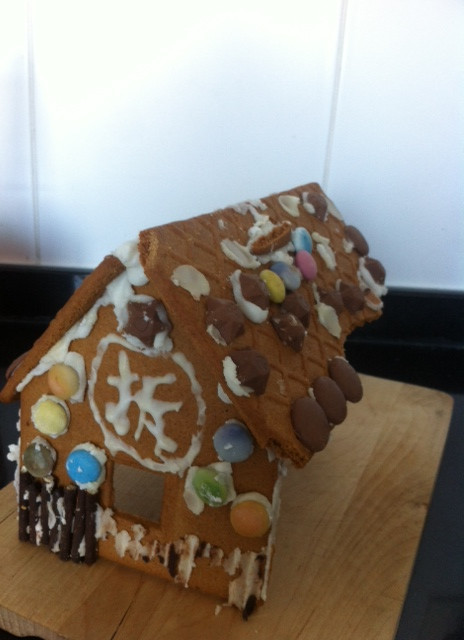 In China, a country constantly in flux, demolition is a fact of fact. Developers and local officials are continually seeking the next fertile ground to seed their latest urban project, often an office building, mall, or condo. It has become all too easy for those of us without vested interests to ignore the buildings that stand on these lands cursed by requisition, even as they are branded, clear as a scarlet letter, with the character chai – 拆. On paper, this process of removing unwanted structures and the people who occupy them is called chai-qian – 拆迁, demolish-and-relocate — which can be contentious and even violent. In the end, however, the developers always win, no matter how stubborn the residents, how spirited the resistance, how sacred the current site, or how old the neighborhood.

It is, in a word, inevitable. And perhaps no type of construction knows the fate of inevitability better than the gingerbread house, which is built out of love and care, but invariably torn asunder by grubby hands and unceremoniously masticated by our rapacious desire for saccharin, life’s white lies.

The above image is via NPR’s Louisa Lim, who tweets: “Beijing gingerbread house succumbs to its inevitable fate.”

2 Responses to “In China, Even Gingerbread Houses Can’t Escape Chai-Qian”