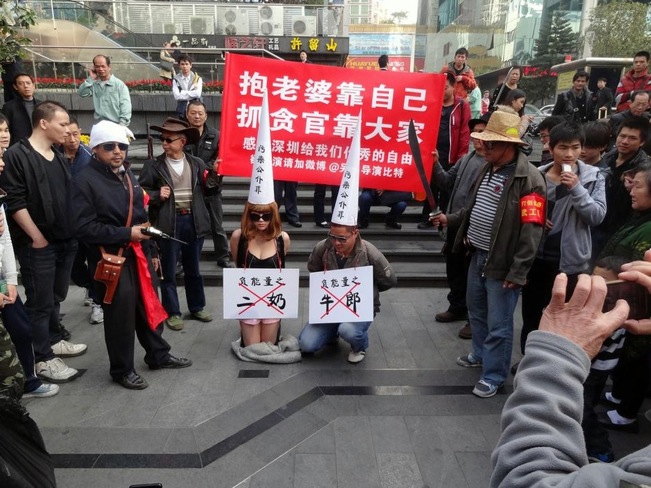 With power, what does a man buy first? A mistress, of course, especially in this country, where it’s been said that “a man without a mistress is useless.”

But in Shenzhen on Monday, someone held a little demonstration to push back against the practice of taking ernai (literally, “second wife”). Around Book City outside the Grand Theater Metro subway station at 4 pm, a “mistress” and “cowherd” were given a “public trial.” They knelt shamefully with signs around their necks and dunce caps that read, “Guilty of polluting public service.”

The big lettering on the red sign behind them reads, “Embracing your wife depends on you, snatching corrupt officials depends on everybody.”

If only every corrupt official caught with a mistress — and there have been so, so many lately — could be so publicly shamed… ah who are we kidding, nothing would change. Anyway, we have the Internet to do our bidding.

The latest was by an Internet personality known as 打假倡廉武工队. More pics below via Sohu. 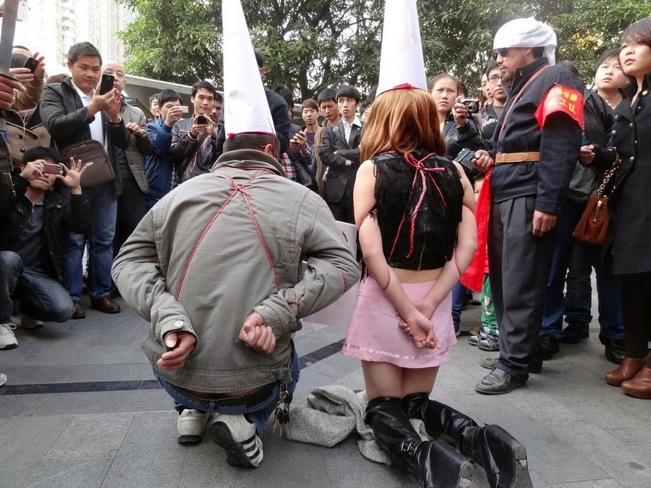 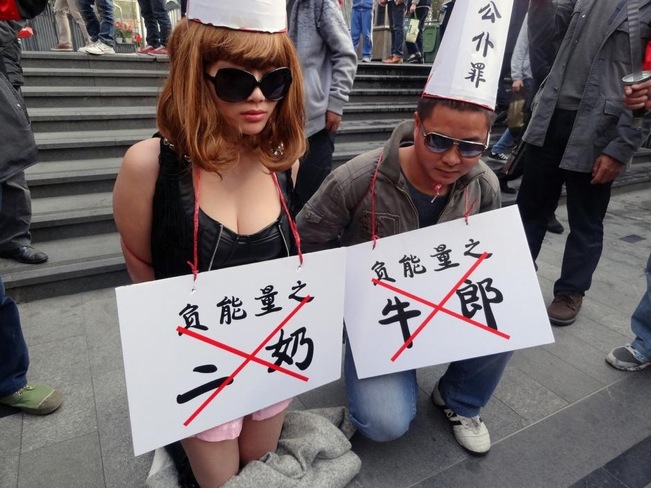 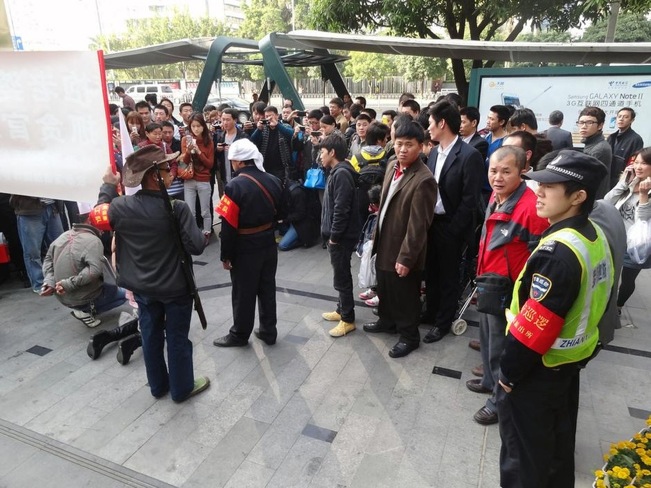